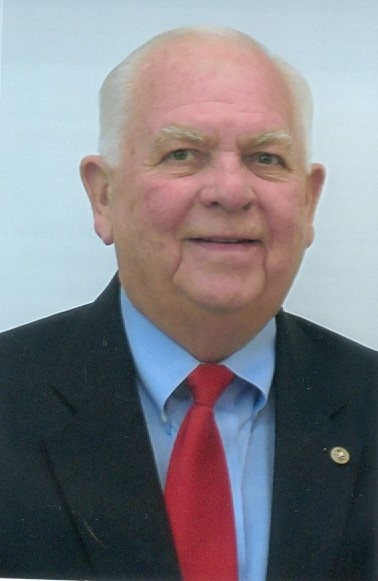 William (Bill) Franklin Milholen, devoted husband and father, peacefully joined his Lord and Master on December 28th, after a brief battle with cancer. He was surrounded by his faithful wife of 60 years, Sallie, and his three children, Laurie, Jeff and Murphy, at his home. He is also survived by his son-in-law Bob Nunnery, daughters-in-law Ginger Milholen and Ashley Milholen, beloved grandchildren Will, Cole, Lilly, Oliver and Alex, and his sister, Mable (Walter) Miller of Matthews, as well as many nieces, nephews and cherished friends. Bill was born in Cooleemee, NC on May 17, 1939 and treasured his memories of growing up in a small southern textile town. His family moved to Siler City, NC in 1951. He was among the first class to graduate from Jordan Matthews High School in 1957, enjoyed many class reunions over the years, and was recognized as a distinguished alumnus in 2019. He later attended Guilford College. He and his brother, Harold, founded Basic Machinery Company in 1975 which continues to serve customers around the world. Theirs was a dynamic partnership which resulted in numerous business ventures over the years. Bill loved the Lord from childhood, walking faithfully to the First Methodist Church in Cooleemee and continuing his service to the Lord as a dedicated member of First United Methodist Church in Siler City, teaching Sunday School and serving on many church committees throughout his life. Bill believed in being a good citizen and demonstrated this belief by participating and serving as a leader in many civic organizations in the community. He was a Jaycee, a Rotarian and a Mason. He served on the Boards of the Chatham County EDC, Chatham Hospital, Central Carolina Community College Foundation and the Boys and Girls Club Wren Family Center. Always patriotic, he was proud of his service in the US Army and was a member of the American Legion. He was awarded the Order of the Longleaf Pine, a civilian honor bestowed by the State of North Carolina. He was an active member of the Siler City Country Club, Moose Lodge and Chatham County Wildlife Club. Never one to sit idle, he was always pursuing new challenges and interests. He was a successful competitor on the Golf Channel AM Tour, winning many tournaments around the country and making friends along the way. He enjoyed researching his family's genealogy and writing his memoir of growing up a linthead in the 1940s. He was a gifted gardener, following in his father's footsteps and keeping Sallie busy canning the bounty from his garden. Most recently, he worked with Chatham Realty, enjoying the business of buying and selling real estate. Bill will Lie in Repose at Smith & Buckner Funeral Home on Wednesday, December 30, 2020 from 1:00-5:00 PM. His life will be celebrated Thursday, December 31 at 2:00 at First United Methodist Church, Siler City. For those who are unable to attend, the service will be streamed live via the church's Facebook page (Siler City First United Methodist Church). In lieu of flowers, please consider a donation to one of these organizations dear to Bill's heart…First United Methodist Church (PO Box 212, Siler City, NC 27344), True Community Church (112 Village Lake Road, Siler City, NC 27344) or the Boys and Girls Club (PO Box 963, Siler City, NC 27344).
To order memorial trees or send flowers to the family in memory of William Franklin Milholen, please visit our flower store.