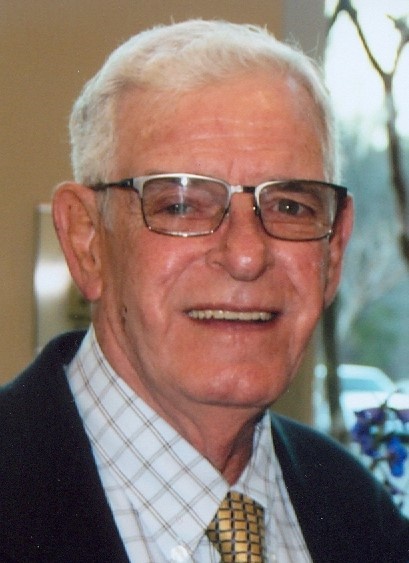 W. Terrill Ellington, 78, died May 23, 2019, at UNC Hospital. A native of Chatham County, he was born to the late Kermit and Frances Beal Ellington. Terrill graduated from Jordan Matthews High School in the Class of 1959, serving proudly as a school bus driver. He was also very active in 4-H, winning the state 4-H poultry competition with his best friend, Linuel Efird.

In addition to his parents, Terrill was preceded in death by his brother, Jimmy. He is survived by his wife of 41 years, Linda (Brewer), brothers, Wayne, Steve (Wanda), Rick (Jerri), and sister, Verneita Clark (Lloyd) and cousins, Mark (Jeannie) and Guy, Jr (Ann). Terrill is also survived by several very special nieces and nephews and great nieces and nephews.

Terrill served in the National Guard as a field photographer for 7 years. As a proud veteran, one of his favorite things to do was driving his veteran buddies to the annual Golden Corral dinner honoring veterans. After working as a field agent for Wilson Poultry, Terrill realized his dream and bought a poultry farm. He raised chickens for a number of years. He also worked as photographer/reporter for The Chatham News covering many Chatham County sporting events as well as governmental committee meeting.

Terrill had deep roots to Siler City and Chatham County and generously gave of his time and energy to the betterment of the community. During the time men’s softball was popular, Terrill served as coordinator of the men’s softball league which consisted of many church and business softball teams. He was an active member of the Siler City’s Liion Club, the Chatham County Agricultural Advisory Board, the Cattleman’s Association and the Mount Vernon Lodge #143. He truly enjoyed his tenure with the Chatham County Council on Aging delivering Meals on Wheels. Several of his clients called him their “Friday Man”.

Terrill never met a stranger and enjoyed telling a good story. His favorite saying was “never let the facts get in the way of a good story”. He enjoyed his daily “coffee time” with his friends discussing or maybe even gossiping about various things. Terrill was a huge St. Louis Cardinal fan, and loved classic country music, especially Johnny Cash.

He was very giving and supportive to his family and friends; a primary caregiver to his mother and very instrumental in the care of his mother-in-law and her sister. If a friend or family called and needed help such as getting to a doctor’s appointment, Terrill would arrange his schedule to accommodate the request. He will be greatly missed by all.

To order memorial trees or send flowers to the family in memory of W. Terrill Ellington, please visit our flower store.