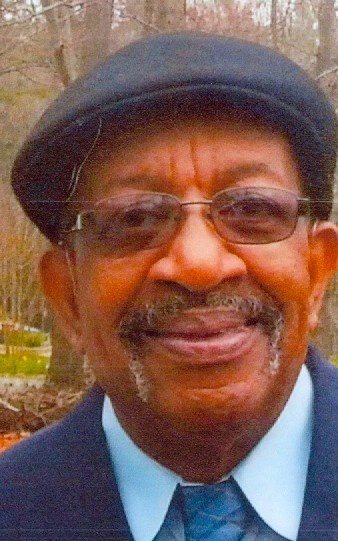 Mr. Thomas Howard Harris was born on February 25, 1942. He peacefully departed this life on November 25, 2020 at his home. Thomas was a graduate of Chatham High School. Later in life he married the love of his life Kathryn Cheek Harris on April 17, 1961 and they spent 59 wonderful years together. They had one child, James Howard Harris. He loved to play the guitar and enjoyed playing for his group. He played for the Clouds of Joy for 19 years. Then later he played with the Morning Star Gospel Choir of Lambert Chapel Church until his health wouldn't allow him to anymore. He fought a losing battle with his illness. He was a Deacon at Harris Grove Missionary Baptist Church. In addition to his parents, Thomas is preceded in death by his son James Howard Harris, sister; Mildred Harris Wiley, brother; Eugene Harris, step brother; Robert Lee Headen and half-sister Lula Mae. Thomas is survived his wife Kathryn Cheek Harris, several nieces and nephews; Frances Lorine Cheek, Randy Lee Wiley, Edward Buck Wiley, Gary Wiley all of Siler City, and Eugene Harris, Jr of Charlotte, and Connie Love of Greensboro. He and his wife raised Sherry Fox of Jacksonville, NC and a grandson Chris L. Harris of Kleen, TX. Harvey Harris, his great grandson was the apple of his eye. Mr. Harris will Lie in Repose on Sunday, November 29, 2020 from 12:00-5:00 PM at Smith & Buckner Funeral Home, 230 North Second Avenue, Siler City, NC. A graveside service will be held at 2:00 PM on Monday, November 30, 2020 at Lambert Chapel Baptist Church Cemetery, 510 Lambert Chapel Road, Siler City with Rev. Franklin Seymore officiating. Smith & Buckner is assisting the Harris family. Online condolences may be made at www.pughfuneralhome.com He will be greatly missed by his family and friends. Thank you all for your prayers, cards and food. Love you all again, Thank you
To order memorial trees or send flowers to the family in memory of Thomas Howard Harris, please visit our flower store.

Lie in Repose at Funeral Home