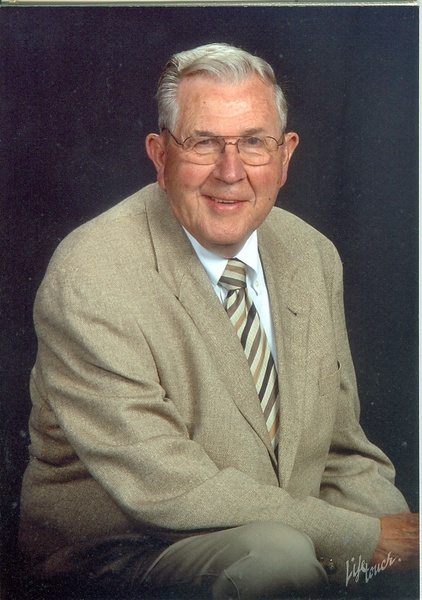 Thomas Curtis Moore, 88, of Bonlee died Monday, January 25, 2016 at Coventry House. Curtis was born June 28, 1927 in Chatham County, Sandy Branch Community, to Ralph and Emma Burke Moore. After graduating from Bonlee High School, Curtis began working for Emerson Poultry Company in Bear Creek. Later, he worked for Burlington Mills in Greensboro and continued there until the call of "Uncle Sam" rang in 1945. Curtis received his basic training in Santa Fe, New Mexico. He left port in California for Japan where he served in the Army until 1947 during the occupation of that country. After his tour of service, he returned to Burlington Mills in Greensboro until 1950. He then joined Siler City Poultry Exchange. His employment with Siler City Poultry continued until 1957 when he began working with poultry processors in Bonlee. In 1960 Carolina Poultry, Inc was formed where he was co-owner and operator for more than 25 years. Curtis was a member of Sandy Branch Baptist Church since 1942. Since that time he has served as an usher, deacon, Sunday School Superintendent, a Sunday School teacher, member of the building committee and the Stewardship Committee. He was a dedicated member of the church and community. He was a charter member of the Bonlee Volunteer Fire Department and served on the board of directors for 50 years. Curtis also served as a board member of Carolina Bank and BB&T. Curtis enjoyed farming, hunting and watching his family and friends participating in sports activities. His love, concern and generosity for others were consistently evident in all of his interactions with people of all walks of life. His greatest joy was time spent with his grandchildren. He was preceded in death by his wife of 65 years, Georgia Dunn Moore and his parents. He is survived by two sons: James C. Moore and wife, Sandra of Lexington, NC, Alan T. Moore of Bonlee, NC; brothers, Ross Moore of Siler City, NC, Ted Moore and wife, Willia of Bear Creek, NC; sister: Janice Moore Keck and husband, Rev. Womack Keck of Siler City, NC; brother-in-law, Joe Dunn of Bonlee; grandchildren, Curtis Moore, Brett Moore and wife, Amanda Frye, John Thomas Moore, Matti Moore, Michael Moore; great-grandchild, Kirian Veach. The funeral will be Sunday, January 31, 2016 at 3:00 PM at Sandy Branch Baptist Church with Rev. Marc Sanders and Rev. Womack Keck officiating. Burial will follow in the church cemetery. The family will receive friends Sunday, January 31, 2016 following the service in the church fellowship hall. Memorials may be made to Sandy Branch Baptist Church Cemetery Fund, Hospitality Fund or the Don Moody Benevolence Fund, 715 Sandy Branch Church Road, Bear Creek, NC 27207. Smith & Buckner Funeral Home is assisting the family. Online condolences may be made at www.pughfuneralhome.com.
To order memorial trees or send flowers to the family in memory of Thomas Curtis Moore, please visit our flower store.

Following the funeral service in the church fellowship hall.