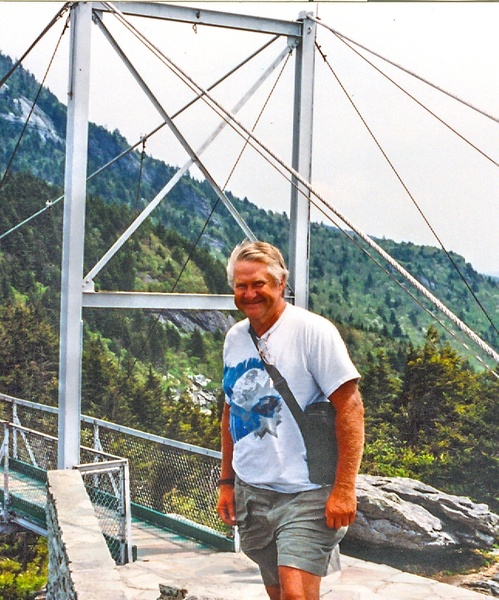 Terry Blinsmon 1944 – 2018 Terry Lee Blinsmon, age 73, passed away on July 15th, 2018 due to congestive heart failure at his home. He was born August 24, 1944 in Chicago, Illinois to Carl and Florence Blinsmon. Terry had a heart for people and a heart for the outdoors. He was an Eagle Scout growing up and this led to him serving as Scoutmaster for nearly 30 years in Durham. In this role he would impact the lives of countless young men, inspiring them to better themselves, to better others and to always leave nature better than they found it.

After graduating from UNC-Chapel Hill, his work life began in 1967 when he was hired by IBM. During his time with the company, he progressed through several key areas including Chemical and Mechanical Engineering as well as management. He would eventually retire as a Senior Engineer after 30 years of service.

He was always active in church. In Durham he served Gorman Baptist Church as a Deacon, youth coach for basketball and track teams, and completely renovated the church playground. In Chatham County he served Joy Baptist Church where he was very active in the men's ministry as well as teaching Sunday School, and he also engineered and built several production sets for church presentations.

With a concern for children he served as an guardian ad litem in Chatham county. His strong faith, a love for his fellow man, and unending concern for others salvation were the cornerstone of his character. Because of this he was very well respected in the communities where he lived. Terry will be missed by so many, and they were all made better than when he found them.

Terry is survived by the love of his life, Mischelle Blinsmon; son and wife Tim and Sherrod Blinsmon; daughter Elizabeth Blinsmon; step-daughter, Beth Brown; grandchildren Timothy Blinsmon and Juli-Anna Blinsmon, Katy Lee Barnes and Jason Barnes. In addition to a very special person that he referred to as his son, Sonny Dixon.

To order memorial trees or send flowers to the family in memory of Terry Lee Blinsmon, please visit our flower store.