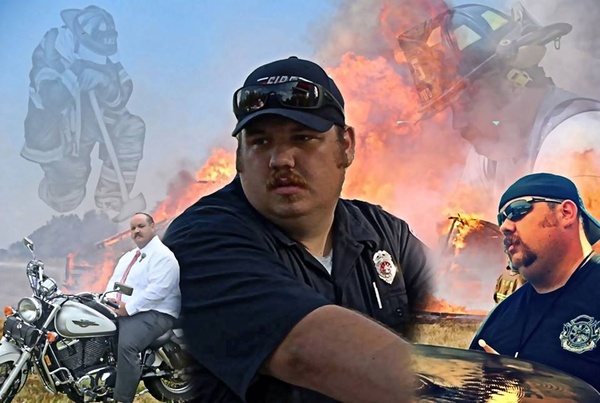 Steven Christopher Bristow, Jr., 31, of Staley Store Road, Liberty died Sunday, July 31, 2016 from injuries sustained in a motorcycle accident. Mr. Bristow was born in Guilford County on June 27, 1985 the son of Chris and Jo Anne (Wyatt) Bristow. Steven was a 2003 graduate of Jordan Matthews High School where he played football and wore the jersey number 61. He attended GTCC Fire Academy, was an eagle scout, a member and drummer of the band, Be The Moon. He was employed as a Captain with the Whisett Fire Department. Steven also worked part time at Piedmont Feed & Garden Center, Chapel Hill. He had served as a volunteer with the Silk Hope Fire Department and Chatham Rescue, he had received numerous awards. His children and family were his life and he took seriously the responsibility of being a mentor and a leader. He created a children's Fire Prevention Program "The Enlarging Machine" while at Pinecroft – Sedgefield Fire Department which was endorsed by the North Carolina Fire Association. Steven enjoyed riding motorcycles, golf, football and going on cruises. He will be remembered for his contagious personality who never met a stranger. He was preceded in death by a brother, Martin Calderon; and grandfather, Buddy Wyatt. He is survived by his wife: Sarah Ashley Bristow; daughters, Amara McWhorter and Corrin Bristow; sons, Edan and Rowan Bristow; mother, Jo Anne (Wyatt) Bristow; father, Chris Bristow; brothers, Eric Bristow and Travis Garretson; sister: Erica Calderon; grandparents, Ronald and Geraldine Bristow, Norma Kidd ; maternal grandmother, Barbara Wyatt. The family will receive friends Wednesday, August 3, 2016 from 6:00-9:00 pm at Smith & Buckner Funeral Home, 230 North Second Avenue, Siler City, NC and other times at the family home.. The funeral will be Thursday, August 4, 2016 at 1:00 PM at The Walk (Faith Walk) Church, 485 Brightwood Church Road, Gibsonville with Chaplain Mark Ahern and Rev. Carter Ellis officiating. Burial will follow in Staley Cemetery. Memorials may be made to Fireman's Fund, c/o Whisett, NC Fire Department. Online condolences may be made at www.pughfuneralhome.com.
To order memorial trees or send flowers to the family in memory of Steven Christopher Bristow, please visit our flower store.