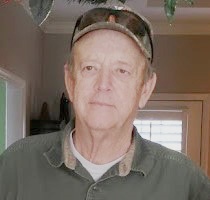 Steve was born in Chatham County on March 22, 1952 to Thomas Alton Dowd Jr and Bertha Brooks Dowd. He served in the National Guard. Steve worked with his father at Dowd's Machine Shop also at Green's Fuel Company, and was a truck driver for Pugh Concrete. He became a member of the Siler City Fire Department in 1977. Steve was Fireman of the year in 1980, then served as Captain from 1982 to 1997. Steve was the 1st Assistant Chief in 1983 and Fire Chief in 1984. He attended Emmaus Baptist Church. He was preceded in death by his parents.

The funeral will be Monday, July 1, 2019 at 10:00 AM at Emmaus Baptist Church, 2430 Silk Hope Gum Springs Road, Pittsboro with Pastor Steve Moore officiating. Burial will follow in the Church Cemetery. The family will receive friends in the church fellowship hall afterwards and other times at the family home.

To order memorial trees or send flowers to the family in memory of Stephen "Steve" Thomas Dowd, please visit our flower store.