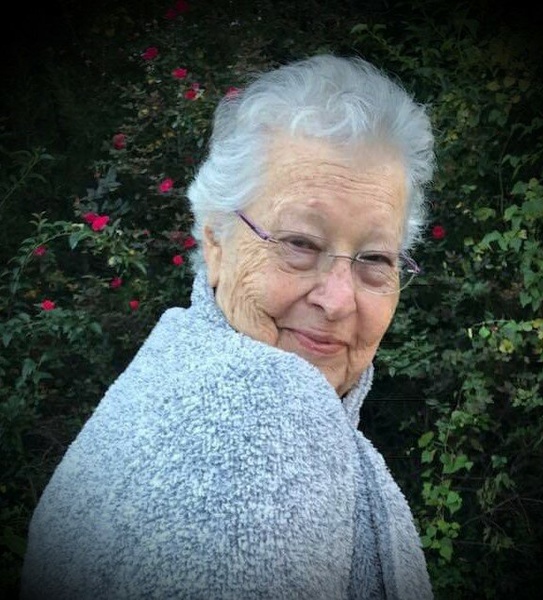 Sara Huddleston Burgess, affectionately known as Grandma Sara, was born in Siler City on March 14, 1931 to Hallie and Richard Huddleston.  After graduating from Siler City High School in 1949, she worked as a dental assistant for Dr. Joe Edwards and as a bookkeeper at Edwards Motors.

Through her work at Edwards Motors, she met J.C. (Jake) Burgess. They were married in 1953 and blessed with five children.  In 1972, Jake died unexpectedly in a plane crash. After working several jobs to support her family, she made the decision to continue her education. She began college at the age of 43, graduating from UNC-G in 1978. Sara taught at Bonlee and Siler City Elementary Schools. She also worked at CCCC in the adult literacy program.

Sara was a lover of books, flowers, and food; a laundry guru, a piano player, and an eternal optimist. If you ever asked Sara, she would say her greatest accomplishments were her children and grandchildren.

In addition to her husband, Sara was preceded in death by her siblings:  Francis Bonds, Sallie Hackney, Virginia “Gigi” Paschal, and Richard “Dick” Huddleston.

She passed away peacefully at her home on December 18th, 2021 (the day before what would have been her 68th wedding anniversary).

The family would like to thank the many caregivers from Hospice.

There will be a graveside service at Rehobeth Methodist Church in Ramseur on Monday, December 27th at 2:00 p.m.  The family will be at Grandma Sara’s house following the service to share memories and celebrate her life.

To order memorial trees or send flowers to the family in memory of Sara Huddleston Burgess, please visit our flower store.