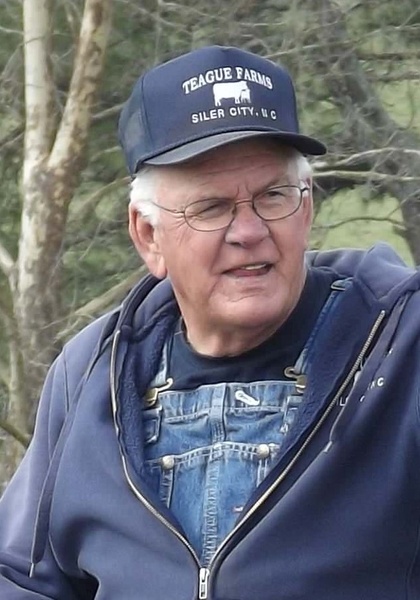 We mournfully announce the passing of Ronald Lee Teague, 73, of Siler City. Ronald Lee passed away on December 29th, 2020 peacefully surrounded by family and love. Ronald Lee, born to Pearlyman and Alma Teague, took his first breath on May 20, 1947. Ronald Lee was a force to be reckoned with from the get go, graduating from Nashville Auto Diesel College in Nashville, Tennessee. He pursued and was awarded a degree in Welding and Fabrication. After graduation, he enlisted in the U.S. Navy, Seabees, giving 2 years of service before being honorably discharged and going into the Reserves. In 1966, he married the love of his life Deborah Sue Teague. Ronald Lee and Sue went on to have three sons, Brian, Michael, Jeffrey, and daughter, Lisa. He then took on the challenges of managing a service station, operating a family owned Trucking Company to live a life on the road. After this, Ronald Lee and son Brian purchased their first herd of cattle and this grew into the family owned and operated business, Teague Farms. This became his passion in life along with having his family by his side. Ronald Lee was predeceased by parents, Pearlyman and Alma Teague, and one brother, Raymond Teague. He is survived by wife of 55 years, Deborah Sue Teague, sons, Brian (Ginger), Michael (Dana), Jeffrey (Ginger), Daughter, Lisa (Zach) all of Siler City. Grandchildren, Cori, Lane, Brayden, Peyton, Parker, Brenna, Cooper, and Mason. Brothers, Ralph (Jane) of Midland, NC, Roger (Pam) of Wrightsville Beach, NC and several nieces and nephews. Viewing visitation only will be held at Smith & Buckner Funeral Home in Siler City Saturday January 2nd, 2021 from 12:00-5:00PM. Graveside service will be held at Loves Creek Baptist Church in Siler City on Sunday January 3rd, 2021 at 2:00PM. In lieu of flowers, memorials may be made to the charity of your choice.
To order memorial trees or send flowers to the family in memory of Ronald Lee Teague, please visit our flower store.