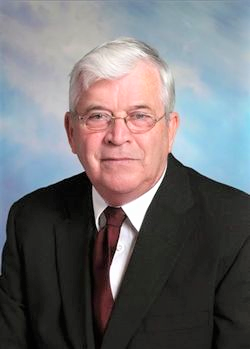 Mr. Boone was born in Caswell County on July 13, 1941 the son of Daniel Benjamin and Bessie (Paige) Boone. Ronnie was retired from the Office of the Chief Medical Examiner after 30 years of service. Ronnie was a 1959 graduate of Anderson High School and a veteran of the US Navy. He was a faithful, active member of the First United Methodist Church Siler City, where he had served on numerous committees including the Disaster Relief Trailer, which he organized. Ronnie was a 1966 graduate of Cincinnati College of Mortuary Science as licensed Funeral Director and Embalmer. He had been employed with Smith & Buckner Funeral Home, Siler City and Bridges-Cameron, Sanford. He had worked with Doctors without Borders, DEMORT and FEMA which sent him to New York on 9-11-2001 to assist with disaster relief. Ronnie was a certified death investigator for 12 years. He was a "jack of all trades", enjoyed wood working and refinishing wood pieces, camping, canoeing, playing horse shoes, reading, and spending time with his grandchildren. His greatest joy came from being with his sweetheart, Rachel. He was preceded in death by his parents; sister, Lois Boone Chandler; brother Gene Boone.

In lieu of flowers, memorials may be made to First United Methodist Church, P O Box 212, Siler City, NC 27344 or Habitat for Humanity. Online condolences may be made at www.pughfuneralhome.com.

To order memorial trees or send flowers to the family in memory of Ronald Elwood Boone, please visit our flower store.