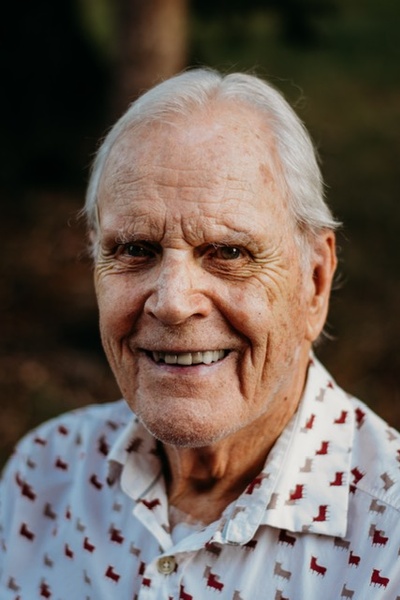 Bob was a US Navy Veteran and a 1946 graduate of Northwestern University, where he played on the football team.  His career included executive positions at Sears Roebuck & Co. in Chicago and New York City, followed by Kellwood Company in Siler City and Hosiery Corporation of America in Bensalem, PA.

He was a farmer at heart, loving working on his farm as well as playing golf and family gatherings, especially in Pinehurst. He attended The Masters 50 years in a row.

He was preceded in death by his wife, Nancy J. McKinley, his parents, his granddaughter, Robin Kate Perry, brothers Harold and Joe McKinley and sisters Margaret Carter and Martha McCleary.

He is also survived by his brother, Donald P. McKinley of Quincy, IL and 18 nieces and nephews.

Bob was a former member of the Chamber of Commerce, Siler City Rotary, Chatham Education Foundation and the Chatham Housing Authority.

Graveside services will be held Sunday, May 15 at 2pm at Chatham Memorial Park followed by a Celebration of Life at the First Methodist Church of Siler City at 3pm.

To order memorial trees or send flowers to the family in memory of Robert Bruce (Bob) McKinley, please visit our flower store.