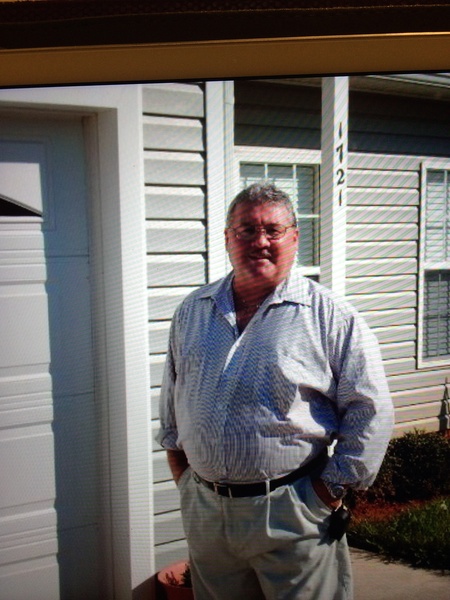 2 Timothy 4:6-8 For I am now ready to be offered, and the time of my departure is at hand. I have fought a good fight, I have finished my course, I have kept the faith. On December 20, 2016, the final bell sounded and Richard (Ricky) Michael Whitt, 61, ended the most hard-fought battle of his life… his opponent was ALS. He died peacefully surrounded by his family. Ricky was born on June 23, 1955 to Daniel Eugene and Annie Joyce Whitt in High Point. At a very young age Ricky enjoyed sports but developed a love for boxing under the direction of his dad. Through the years, Ricky continued to box and became a 7 time Golden Glove Boxing Champion in North Carolina. Upon graduating from Trinity High School in June 1973, Ricky enlisted in the US Marine Corps to pursue a career as a radio/communications specialist. Upon his arrival at Camp LeJeune, the commander heard Ricky was a "pretty good boxer" and asked that he try out for the Marine Corps boxing team. During his audition, he knocked out the sparring partner in a matter of minutes and the rest was Marine Corps history. Ricky went on to become the All Marine Boxing Champ in 1974 and 1975 and the All Service Champion in 1974. Upon conclusion of his military service, he returned to the High Point area. His love for boxing never faded and he pursued an opportunity to box professionally in Philadelphia, PA. He completed his pro career with a total of 14 wins of 16 professional fights. When he returned to North Carolina, Ricky accepted a job as an OTR truck driver and continued to drive until his retirement from Volume Transportation in August 2013, when diagnosed with ALS. Ricky was a member of Community Baptist Church, the Open Door Sunday School Class. He was a member of Paralyzed Veterans of America (PVA). Ricky enjoyed going to Badin Lake. Ricky was preceded in death by his father, Daniel Eugene Whitt and his son, Kevin Michael Whitt. Ricky is survived by his wife, Amy Wagner Whitt; daughter and son-in-law, Patricia Michelle and Paul Lewis of High Point; mother, Annie Joyce Whitt of High Point; brother, David (Sherry) Whitt of Sophia; sisters, Debbie Lanier (Clyde) of Trinity, and Diane Deaton of Siler City; sister-in-law, Debra Wagner White of Pittsboro and brother-in-law, Hal Wagner of Smryna, TN; five beloved grandchildren, Natalee Clark, Andrew Whitt, Jolee Lewis, Chase Whitt and Aticus Lewis; as well as numerous aunts, uncles and nieces and nephews who all adored him. A Celebration of Life and Praise Service will be held at Community Baptist Church, Siler City at 3:00 PM on Friday, December 23, 2016 with Dr. Mark Agan presiding over the service with full military rites. The family will receive friends from 1:30 – 3:00 at the church. In lieu of flowers, memorials may be made to Duke ALS Clinic, 932 Morreene Road, Durham, NC 27705 or Community Baptist Church, 2575 Hamp Stone Road, Siler City, NC 27344. Smith & Buckner Funeral Home is assisting the family. Online condolences may be made at www.pughfuneralhome.com.
To order memorial trees or send flowers to the family in memory of Richard Michael Whitt, please visit our flower store.