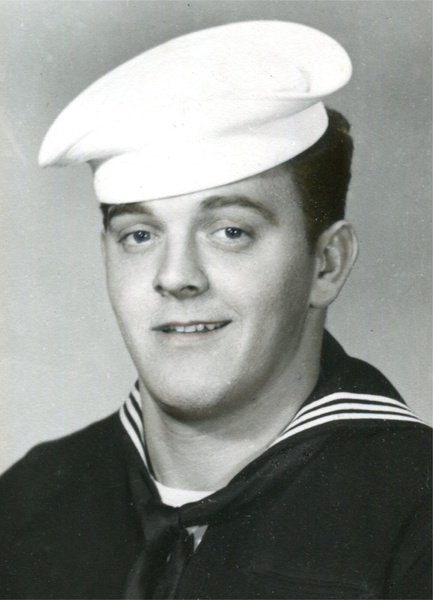 He was born April 22, 1931, and was preceded in death by his parents, John and Irene Meeks Caviness, brother Rezzie Caviness.

Richard graduated from Siler City High School where he lettered several seasons playing running back for the varsity team. He served 4 years in the United States Navy, most of which was aboard the USS Seminole (AKA-104) in the Pacific during the Korean War. His service aboard the Seminole included several cruises and port calls in the Korean War zone area as well as other Pacific area of operations. Richard served on the USS Seminole along with several close friends from Chatham County including, Welford (Dick) Beck and Jimmy Cranford who remain lifelong friends after completing military service together.

Richard founded Caviness Printing Service with his wife in 1966 which continues as a family-operated Siler City business.

In 1961, Richard joined and was especially proud of the Siler City Fire Department, serving in many roles including Captain, Assistant Chief and Chief as well as other position in his 55 years of firefighting service to Siler City. He was a tireless advocate of expanding and enhancing the capabilities and skills of the Fire Department to grow with and serve the needs of Siler City.

He was an active member of Siler City Rotary Club since 1975.

Richard was awarded the Order of the Long Leaf Pine by Governor Pat McCrory in 2015 for his 50+ years of firefighting service.

Memorial donations may be made to a charity of one;s choice.

To order memorial trees or send flowers to the family in memory of Richard Glenn Caviness, Sr., please visit our flower store.