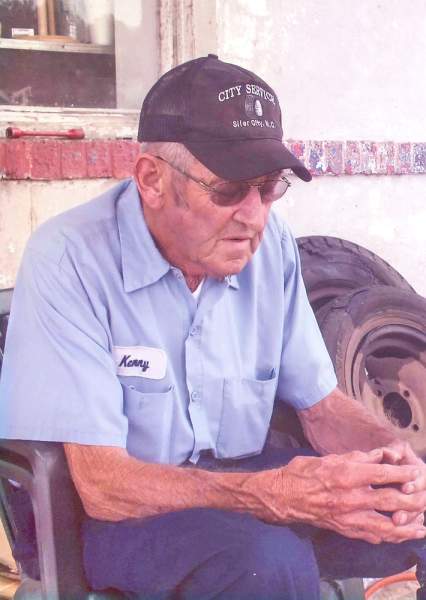 Mr. Clark was born in Chatham County on February 3, 1940 the son of Hal and Ethel (McNeill) Clark. Kenny attended Edwards Military Institute and NC State University, was a member of the First United Methodist Church of Siler City, and the owner/operator of City Service. He was known as "the man that fixes tires". Kenny had also worked as a surveyor, at Southern States, Johnson Cotton Company and Clapp Brothers Tractor. He was a member of the Siler City Moose Lodge and a lifetime member of the Chatham County Wildlife Club. Kenny enjoyed playing cards, farming, riding his tractor, four wheelers and counting his cows. He could always be counted on to be the highest bidder at the First Methodist Church cake auction.

In lieu of flowers, memorials may be made to, First United Methodist Church, P O Box 212, Siler City, NC 27344 or UNC Hospice, PO Box 1077, Pittsboro, NC 27312. The family would like to express a thank you to the staff at UNC Hospice House for all their care, support and kindness.

To order memorial trees or send flowers to the family in memory of Ralph Kenneth "Kenny" Clark, please visit our flower store.