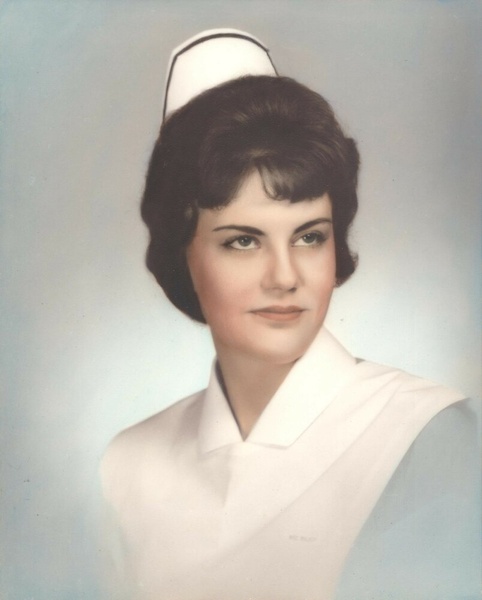 Mrs. Boone was born in Caswell County on April 7, 1942, the daughter of George Weldon Walker, Jr. and Ruby Somers Walker.

Rachel grew up as a member of Camp Springs United Methodist Church, where she played the piano and organ. After marrying Ronnie in 1964, they moved to Siler City and became a member of First United Methodist Church, where she helped in the nursery, the Bereavement Team, and Stephens and Tape Minsitry. Rachel was a 1963 graduate of Watts School of Nursing, where she became a Registered Nurse. She worked at Chatham Hospital as Supervisor for the operating staff, and 1st assistant for Dr. Kothapalli and was an office Nurse for several Physicians in town. Rachel was a proud 36-year Cancer Survivor and was instrumental in the First Relay for Life and Reach to Recovery. She had many hobbies, including gardening, sewing, refurbishing antique furniture and was an avid collector of dolls. Rachel cherished her family, especially all of her grandchildren. In addition to her parents, Rachel is preceded in death by her husband Ronald "Ronnie" Elwood Boone.

She is survived by her daughters, Ronda Boone Dunn and husband Glenn of Bonlee, and Dana Boone Smith and husband Phillip of Greensboro; son, Bryan E. Boone and wife Elizabeth of Sanford; grandchildren, Bennett and Lacey Peterson, Sarah and Anna Boone, and Owen and Grant Smith; sisters Lugene Wright and Nell Jones, both of Reidsville; and brother George Weldon "Buddy" Walker, III of Kernersville.

The family will receive friends on Wednesday, February 9, 2022, from 10-11:00 AM at First United Methodist Church, 1101 West Raleigh Street, Siler City, followed by the funeral service at 11:00 AM with Rev. William Sabiston officiating. A graveside service will be held at 3:00 PM on February 9, 2022, at Camp Springs United Methodist Church, 9168 Cherry Grove Road, Reidsville, NC 27320.

The family would like to give a special Thank You to the wonderful staff at Coventry House, and Randolph Hospice. In lieu of flowers, memorials may be made to the Susan G. Komen for The Cure, Komen NC Triad Affiliate, 1106 Burke St., Winston- Salem, NC 27101, or to the First United Methodist Church.

To order memorial trees or send flowers to the family in memory of Rachel Walker Boone, please visit our flower store.