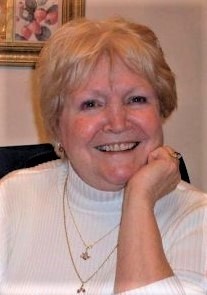 Peggy Rogers Willett, 81, of Siler City, passed on to her Heavenly Father on May 8th, 2019 due to complications from pancreatic cancer. She was surrounded by her family who loved and cherished her.

Peggy was born in Elkin, NC, on February 7, 1938, the daughter of Elmer and Beulah Settle Rogers. She began working as a teenager at United Telephone as a telephone operator in Siler City and continued working there for over 20 years. She also worked in supervisory positions at Heins Telephone in Sanford, Wesley Long/Cone Hospital and Cone Mills in Greensboro. She was the property manager at Braxton Manor Apartments in Siler City for 10 years before retiring.

A memorial service to celebrate her life will be held Sunday, May 19, 2019, at Brookdale Baptist Church, 1133 W. Third St., Siler City at 3:00 p.m. with family visitation following the service in the fellowship hall. In lieu of flowers, memorial contributions are encouraged to be made to Hospice of Randolph County, P. O. Box 9, Asheboro, NC 27204 to ensure that future families benefit from the patient care and family support they provide. Or to Almost Home Dachshund Rescue, P. O. Box 9671, Greensboro, NC 27408.

To order memorial trees or send flowers to the family in memory of Peggy Jean Rogers Willett, please visit our flower store.