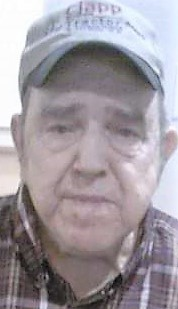 Mr. Brown was born in Chatham County on October 6, 1927, the son of William Daniel and Fannie Mae (Harris) Brown. He was a retired security guard for Townsend's Inc. and a farmer. He was an Army Veteran of the Korean War, a member of Mount Vernon United Methodist Church. Paul taught school in Georgia and was a graduate of Elon College Paul was preceded in death by his parents.

Burial will be in Mount Vernon United Methodist Cemetery, with military rites by the Randolph County Honor Guard.

In lieu of flowers, memorials may be made to Mount Vernon United Methodist Church, 3631 Mt. Vernon-Hickory Mountain Road, Siler City, NC 27344. Online condolences may be made at www.pughfuneralhome.com.

To order memorial trees or send flowers to the family in memory of Paul Daniel Brown, please visit our flower store.