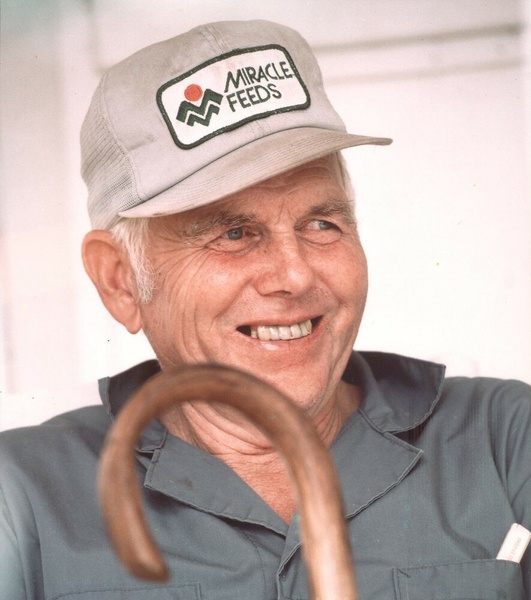 Norman Arthur Jordan, Sr., 94, died November 20, 2021, at his home in Siler City. He was the youngest child of Claude Womble Jordan and Blanche Jones Jordan. He graduated from Siler City High School in 1947, where he was a three-sport athlete, and from N.C. State College in 1952, where he earned a B.S. degree in dairy husbandry. It was during his time at N.C. State as a member of the college dairy judging team that he was introduced to Brown Swiss dairy cattle and decided to develop a purebred, registered Brown Swiss herd on his family’s dairy farm west of Siler City. Brush Creek Swiss Farms continues today under the management of his son, Norman Jordan Jr. It was also during his time at N.C. State that he met Beverly Smith, a student nurse at Rex Hospital in Raleigh. They were married for 67 years until her death in 2019.

Norman was active in many organizations promoting the dairy business during his lifetime. He served for many years as the Brown Swiss breed representative for the N.C. Purebred Dairy Cattle Association, as the dairy representative on the selection committee of the N.C. State Fair Livestock Hall of Fame, and as secretary-treasurer of the N.C. Brown Swiss Association. He also started exhibiting his dairy cows at the N.C. State Fair in 1960, and Brush Creek Swiss Farms has been part of the Brown Swiss show every year since then - 62 consecutive years. He was inducted into the State Fair Livestock Hall of Fame in 1986. For many years, he donated Brown Swiss heifers for fundraisers supporting dairy youth activities in the state. He served as chairman of the board of directors of the Farmers Alliance Store and was a lifelong member of Moon’s Chapel Baptist Church. He enjoyed woodworking, grew the best watermelons and cantaloupes, and well into his 90s took care of the baby calves on his farm.

Norman was preceded in death by his parents, wife Beverly and brother Henry. He is survived by three children, Sheila Jordan and husband, Jerry Washington, of Sunset Beach; Penny Jordan Wofford and husband, Bill, of Greensboro; and Norman Jordan Jr. and wife, Dr. Karen Jordan, of Siler City. He is also survived by his granddaughter, Rebekah Wofford of Morrisville; his sister, Mary Ellen Harris of Raleigh; and Sheila and Jerry’s children Kristi Haas of Hampstead and Robert Washington of Vidalia, Ga., and grandchildren Olivia and Delia Haas.

The family will receive friends on Saturday, November 27, 2021 from 1:00-2:00 PM outside of Moon's Chapel Baptist Church, 175 Moon's Chapel Rd., Siler City, with a graveside service following at 2:00 PM at the church cemetery with Dr. Patrick Fuller officiating.

To order memorial trees or send flowers to the family in memory of Norman Arthur Jordan, Sr., please visit our flower store.

Visitation outside the Church