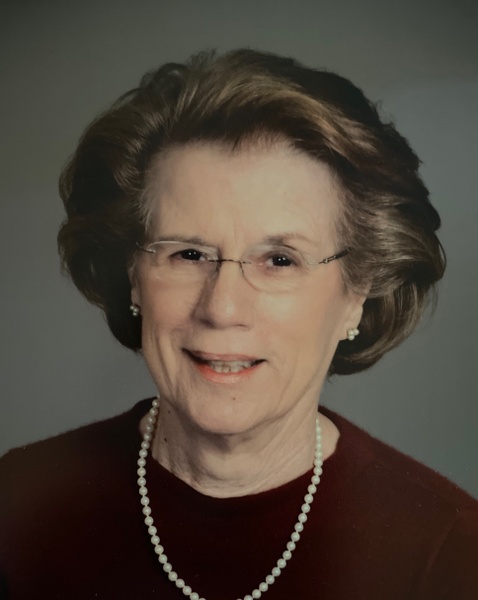 Mary John Little Resch, 82, of Siler City, died at home surrounded by family on Saturday, June 11 following a brief battle with abdominal cancer.  A native of Edgecombe County, she was born and raised in Pinetops, NC. She was the only child of the late John H. and Sadie B. Little.

Following her graduation from Duke University, she married Alan D. Resch, and they had two daughters. Briefly living in both Raleigh and Columbia, SC, the couple moved to Siler City in 1962 when her husband joined the family newspaper, The Chatham News and Record.  Together, the family oversaw the day-to-day operations of the newspaper for nearly 70 years. During four of those decades, Mrs. Resch and her husband produced a popular weekly culinary column entitled Good Grief It’s Supper Time Again featuring favorite recipes and the stories behind them.  Following her husband’s death in 2016, Mrs. Resch became owner and publisher of the newspapers.

A devoted member of First United Methodist Church of Siler City, Mrs. Resch served as president of the Pastor-Parish Relations committee, was a teacher and member of the Joyner-Brewer Sunday school class, a lay reader, and served on numerous church administrative boards.

As an engaged community leader, she was recognized by the United Way for outstanding service in 1995 following her role as president of Chatham County’s annual fundraising campaign.  She was a long-time member and former president of the Siler City Garden Club, a member of the Chatham Country Library Board, a Girl Scouts of America troop leader, and a volunteer reading tutor for Chatham County Schools.

Mrs. Resch was acknowledged as one of Siler City’s finest cooks with an impressive cookbook library and recipe collection. Her kitchen was stocked with an array of pots, pans, utensils, small appliances, and gadgets.  At Christmas, she and her husband would gift neighbors with homemade Brunswick stew and peanut brittle.

An avid reader of most genres, she always had a book at hand.  She loved classical music and was a gifted pianist, traveling to New York City as a youth for competitions and was the recipient of numerous awards.  She was a member of the National Fraternity of Student Musicians. She shared her musical gifts by teaching piano to neighborhood children.

Her garden was a 60-year-project with a remarkable display of perennials and annuals.  Her hydrangeas were her pride and joy, admired by many by neighbors, including the woodland deer which she constantly battled.  She regularly fed the birds - especially the hummingbirds.

Mrs. Resch excelled at many forms of needlework.  She was an accomplished knitter and produced beautiful needlepoint including the treasured kneelers at First United Methodist Church, many prayer shawls, stockings, and cross-stitch ornaments.

Mrs. Resch was preceded in death by her husband of nearly 55 years.  She is survived by her daughters, Mary Alice (Steve) Lloyd of Williamsburg, VA and Margaret (Jonathan) Morgan of Belleair, FL and grandchildren Caroline Lloyd, Jackson Lloyd, Sarah Ellis Morgan and Harper Morgan.

A memorial service will be held at 11:00am on Saturday, June 18 at First United Methodist Church, 1101 W. Raleigh Street, Siler City, NC 27344.  Visitation with will be at the church one hour prior to the service.

To order memorial trees or send flowers to the family in memory of Mary John Little Resch, please visit our flower store.