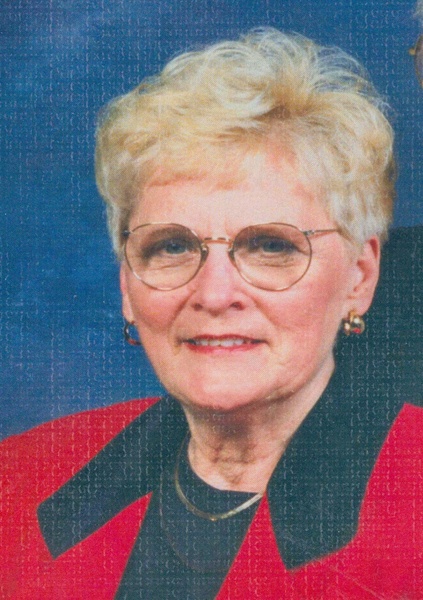 Margaret "Peggy" Ray Edwards, 80, went to be with our heavenly father on Sunday, December 31, 2017 after a courageous 12 year battle with Alzheimer's.

A memorial service will be held in the chapel at Smith & Buckner Funeral Home in Siler City on Tuesday, January 9 at 1:30 PM with Rev. David Wade officiating. The family will receive friends afterwards.

Peggy was born in Liberty, NC on November 28, 1937, the daughter of Paul and Vallie Ray. Peggy retired from C & S Bank in Greenville, SC. She was a member of Lee Road United Methodist Church where she served faithfully. She loved gardening, watching the birds and spending time with her family and grandchildren.

She is survived by her loving husband of 61 years, Jim Edwards who cared for her during her decling health; her daughters, Cindy Rollins and Donna Cochran; her son, Warren Edwards; five grandchildren, Meredith Shannon, Baxter and Cade Edwards, Cameron and Elle Cochran and three great grandchildren. Also surviving is her sister, Naomi Staley; her brother, Vance Ray.

Peggy was preceded in death by her sister, Shirley Smith. In lieu of flowers, the family request donations be made to the Alzheimer's Association. Online condolences may be made at www.pughfuneralhome.com.

To order memorial trees or send flowers to the family in memory of Margaret "Peggy" Ray Edwards, please visit our flower store.