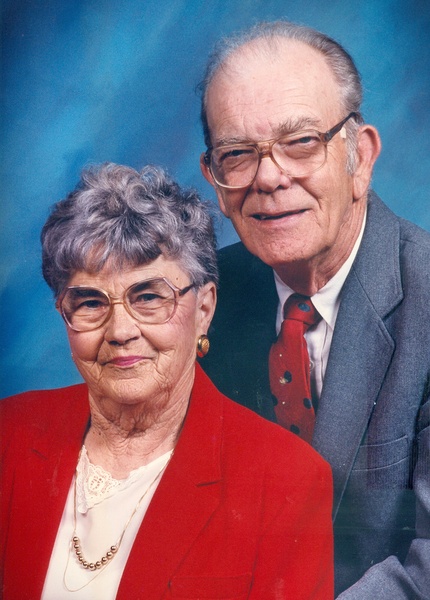 She was born September 13, 1923, the daughter of Causey and Mamie Saunders of Franklinville, NC.

She was a wonderful cook, and her family knew there was always something good to eat in her kitchen, and she would not sit down and eat herself for running around taking care of everyone else. There are fond memories of her walking out every morning and evening through her flowers and vegetable gardens and the barnyard and talking to the mockingbird who came back every year, telling him he was such a pretty bird and that he sang such a pretty song.

She was preceded in death by her parents, her husband of 63 years, Robert H. Johnson, daughter, Elaine Johnson Murray of Apex, son-in-law, Don Tarkenton of Siler City; brothers, Tracy Saunders and Lloyd Saunders of Asheboro and sister, Doris Saunders Miller of Asheboro.

There will be a gravesite service Tuesday, September 19, 2017 at 2:00 o’clock at Chatham Memorial Park in Siler City with Rev. Sam Talley officiating.

The family would like to extend a special thank you to Polly’s caregivers at Coventry House and Liberty Home Care and Hospice.

In lieu of flowers, you may consider making a donation in Polly’s memory to Liberty Home Care and Hospice, 401 E. Third St., Siler City, NC 27344.

To order memorial trees or send flowers to the family in memory of Margaret Pauline "Polly" Johnson, please visit our flower store.