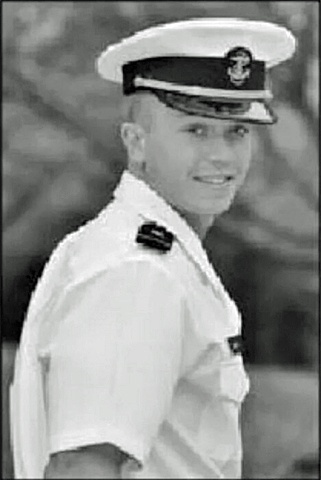 Raised in Siler City, North Carolina he had many accomplishments. Attending Jordan Matthews High School, Luke had an individual commitment to group, his team. He rose to the challenges of hard work and dedication playing football and baseball while participating in many clubs such as the National Beta Club; his purpose to promote the ideals of academics, achievement, character, leadership, and service. After graduating from Jordan Matthews High School, with honors, in 2010, Luke attended North Carolina State University where he played an integral role in the NCSU ROTC program. As an active member of Pi Kappa Alpha fraternity at NCSU Luke "set the standard of integrity, intellect, and achievement," a true leader and gentleman. Graduating in 2014 from NCSU Luke obtained a Bachelor of Science in Environmental Science with a minor in Naval Studies. After graduating from NCSU, Luke began his journey as a Naval Officer in the United States Navy stationed at Whiting Field, Pensacola Florida. Luke began his career as a Navy helicopter pilot gaining much success through his dedication and perseverance. After training in Pensacola, Florida he was stationed at Naval Station Norfolk, Norfolk Virginia Helicopter Sea Combat Squadron Two Six, where he would obtain the rank of Lieutenant.

Luke was known for his passion for bodybuilding, flying his HS60 Sierra helicoptor, riding his dirt bike,  strength training, nutrition therapy, and exercise regime and most of all for his warm gentle hugs. He had a heart of gold and a contagious smile, always full of laughter and cheer. He enjoyed target shooting; hunting, fishing, spear fishing, kayaking, and exercising, but most of all spending time with family and friends.

Funeral services will be held on Saturday, June 30, 2018 at 11:00 am at Emmaus Baptist Church in Pittsboro, NC. Pastor Steve Moore and Pastor Tripp Foltz will be officiating. Interment will follow at Rives Chapel Baptist Church Cemetery in Siler City, NC. A reception celebrating Luke's life will follow in the church fellowship hall. Visitation will be held on Friday, June 29, 2018 from 6:00 pm until 8:00 pm at Smith and Buckner Funeral Home, family will also be accepting visitation at the home of Luke Brett Moody, 292 Zeb Ferguson Road, Siler City, NC 27344; and at the home of Darryl Moody, 197 Tommy Moody Drive, Siler City, NC 27344.

Messages of sympathy and support may be sent to the family online at www.pughfuneralhome.com

To order memorial trees or send flowers to the family in memory of Luke Brett Moody, please visit our flower store.