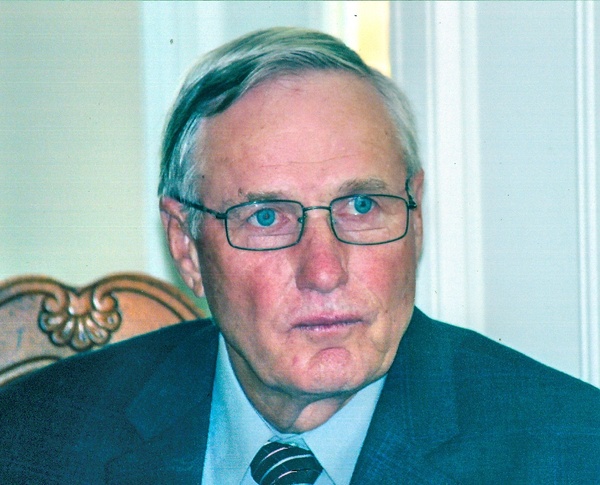 Mr. Johnson was born in Chatham County on November 1, 1934 the son of Edward Lester and Berta (Fox) Johnson. Gene was a member of Sapling Ridge United Methodist Church and a farmer, a "Steward of the Land". He and his brother, Russell farmed together from 1960- 1998. He was an Army Veteran, and one of the original organizers of the Silk Hope Fire Department. Gene served for over 25 years including six years as a Captain and four years as a Chief. He also served as Cubmaster with the local Scouts.

Gene was preceded in death by his parents; brothers, Robert and Palmer Johnson.

The family will receive friends Friday, May 5, 2017 from 6:00-9:00 Pm at Smith & Buckner Funeral Home, 230 North Second Avenue, Siler City, NC and at other times at the family home. The funeral will be Saturday, May 6, 2017 at 11:00 AM at Sapling Ridge United Methodist Church, 5016 Silk Hope-Gum Spring Road, Pittsboro with Rev. Jason Dickerson officiating.  Burial will follow in the church cemetery with military rites by the Randolph County Honor Guard.

Flowers are acceptable or memorials may be made to Sapling Ridge United Methodist Church, 5016 Silk Hope-Gum Spring Road, Pittsboro, NC 27312. Online condolences may be made at www.pughfuneralhome.com.

To order memorial trees or send flowers to the family in memory of Lester Eugene "Gene" Johnson, please visit our flower store.