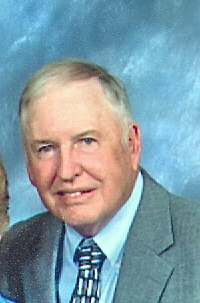 Larry Edward Matthews, 78, of Pleasant Hill Church Road, Siler City died Wednesday, February 5, 2020 at Peak Resources Of Alamance, Graham. Mr. Matthews was born in Alamance County on December 31, 1941 the son of Anne Chriscoe Andrews and step-father, Newman. He is survived by his wife of 58 years: Dian York Matthews; sons, David "Eddie" Matthews of Burlington, Neil Matthews and wife, Heidi; daughter: Julie Gantt and husband, David all of Siler City; grandchildren, "Drew" Riggins, Chase, Chandler, and Caroline Matthews. Larry was preceded in death by his mother and step-father and an aunt, Alma Curl. Larry spent his early childhood in Burlington. He moved to Shenandoah in 7th grade, during which time he developed several lifelong bonds with childhood friends that withstood the time and years that followed. He returned to Alamance County in 1957 and was a member of the last graduating class of Sylvan High School in 1960. He loved playing baseball and basketball at Sylvan and that is where he met his sweetheart. He was a dedicated member of Pleasant Hill Christian Church, where he served as a deacon and sang in the choir. He will be best remembered as a farmer, tending poultry, dairy and beef cattle as well as the land. His pleasures in life were his family, his church, and his farm. He also enjoyed participating in and watching sports. He especially loved watching his grandkids and Duke basketball, when they were winning. In his later years, he loved his daily morning "educational" trips to Kidd's Drive In with his friends; spending time in the hayfields; and, "playing" on his farm equipment. He loved RVing with his group of travel buddies but he could never convince his wife, Dian, to take as many trips as he wanted in their motorhome. The family will receive friends Saturday, February 8, 2020 from 6:00 - 8:00 PM at Smith & Buckner Funeral Home, 230 North Second Avenue, Siler City, NC. The funeral will be Sunday, February 9, 2020 at 3:00 PM at Pleasant Hill Christian Church, 1712 Pleasant Hill-Liberty Road, Liberty with Rev. Howard Spray officiating. Burial will follow in the church cemetery. Memorials may be made to Pleasant Hill Christian Church, 1712 Pleasant Hill-Liberty Road, Liberty, NC 27298. Online condolences may be made at www.pughfuneralhome.com.
To order memorial trees or send flowers to the family in memory of Larry Edward Matthews, please visit our flower store.