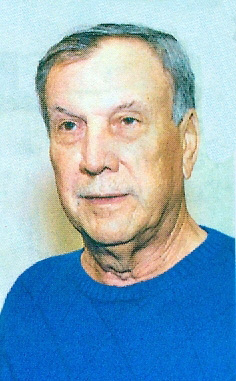 Mr. Short was born September 7, 1945 in Wake County, NC to Wesley and Patty Short. He served in the US Army during Vietnam Era. Mr. Short attended Emmaus Baptist Church where he was a member of the Adult 5 Fellowship Class. Joe was an avid Dale Earnhardt fan and enjoyed grilling out with friends as well. Fishing was one of his favorite hobbies, whether it was in a nearby lake or on the ocean, especially with his grandson and fishing buddy, Dylan, while teaching him "the art" of fishing. He had developed close friendships with many folks in Siler City over his years after moving here from Wake Forest and after having served in the US Army, but he never forgot his friends of earlier years and always enjoyed talking with them about their "antics" during high school. He had grown especially fond of his early morning ritual of coffee with friends at a nearby restaurant over many years and he considered them dear friends. His enjoyment of breakfast often lead him to have a second breakfast on Saturday mornings at a nearby restaurant most often with his stepson and grandson for another sharing of the week's events. He was "Hoppy Joe" to his grandchildren and that name was adapted by other family members and friends over the years as he spoke of such pride of them. For many years he enjoyed going to their birthday celebrations, school activities and to "his Princess" Kaitlyn's gymnastics competitions and dance recitals.

His ability to bring laughter into a sometimes, awkward situation was one of his strongest personal assets. He in general loved people and quickly developed caring relationships for them. He was Owner and President of a local contemporary furniture company for 25 years. He was loyal; as well as, a friend to his employees and they in return had much loyalty and respect for him. His dedication to their well being as well as the dedication to those whom he served through the products they produced and to the employees that made it all come together was admirable.

He is survived by his wife of 30 years, Linda J. Short of Siler City; step-son, Phillip Kidd and wife Pebble, of Sanford; sister, Gail Dundee of Little River; grandchildren, Dylan and Kaitlyn Kidd; sister-in-law, Judy Short of Bahama and Jean Womble of Greensboro.

A graveside memorial service will be Thursday, November 7, 2019 at 2:00 pm at Edward Hill Friends Meeting, 92 Ed Leonard Road, Siler City with Rev. Steve Moore and Dr. Patrick Fuller officiating. Visitation will follow in the Church fellowship hall and other times at the family home.

In lieu of flowers memorials maybe made to the American Cancer Society, the Chatham County Animal Control or to an organization of your choice.

Smith and Buckner is assisting the family during this time.

To order memorial trees or send flowers to the family in memory of Joseph Phillip Short, please visit our flower store.