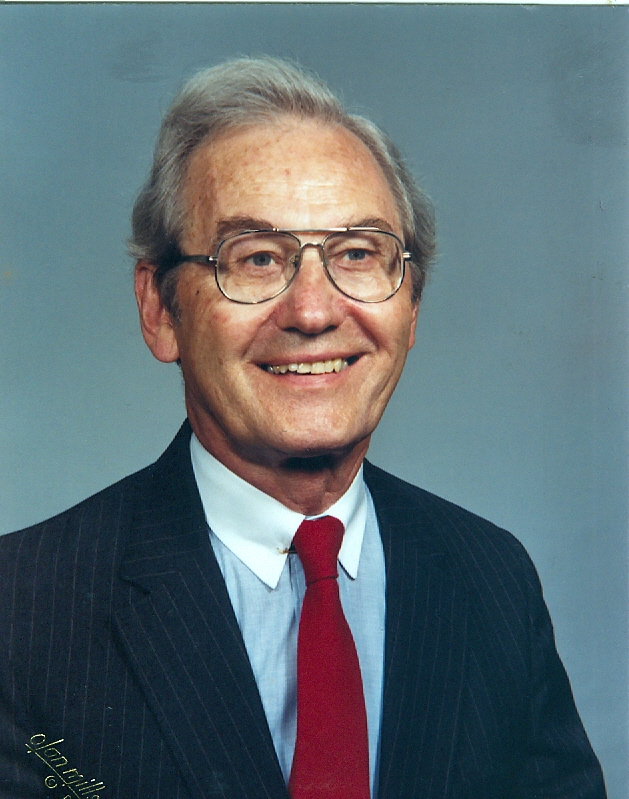 John Edgar Kersey, Jr. passed away Tuesday, December 13th, 2016 at Beacon Place Hospice Care in Greensboro, NC. Mr. Kersey was the son of Katie and John E. Kersey Sr. of Lynchburg, VA. At the age of 15, he graduated from E. C. Glass High School at the height of the depression. He married Ruby Wilson of Bristol, Tenn. in 1941, and together they moved to Hampton, VA where he accepted a position with the Newport News Shipbuilding and Dry Dock Company. While in Hampton, they raised two daughters, and were active in the community. As a former member of Hampton Baptist Church, Mr. Kersey served as Deacon, Finance Director, Teacher of the Adult III Department, Director of the Forward Program, Director of Sunday Schools, and sang in the choir for many years. He was a former member of the Propeller Club and Williamsburg Country Club. He especially enjoyed playing tennis and golf, once winning the annual Shipyard Golf Championship. After his retirement as Manager of General Systems and Procedures, they decided to move to Siler City, NC to be closer to their grandchildren. They joined Rocky River Baptist Church where he served as a Deacon, Sunday School Teacher and sang in the choir until the age of 95. He also joined the Ruritan Club and served with many friends in Club activities, as President, and as Chairman of the Scholarship Committee. In December, 2007, after 66 years of marriage, his beloved wife Ruby passed away. Several years later, a move to Greensboro and Abbotswood gave him an opportunity to meet and enjoy the company of other residents, and the friendships made there meant a lot to him. Always interested in the lives of his children, grandchildren, and great-grandchildren, there were many events to attend and fundraisers to support. For him, there was something to learn every day and always praise to be given to God for his lifetime of blessings. At 99, he still enjoyed his computer, attending church services at Abbotswood, and was much beloved as a true Southern Gentleman. He will be missed! Mr. Kersey is survived by two daughters, Sandra Anderson (H.B.) of Fredericksburg, VA, and Pamela Mebane (Tom) of Greensboro, NC. He was "Big Dad" to his grandchildren, John Anderson of Sterling, VA and Heather Anderson of Washington, D.C., Anne Hitchcock Almquist (Steve) of Dublin, OH, Frederick L. Hitchcock (Sharon) and John W. Hitchcock (Jenni) of Greensboro, NC. He is also survived by seven great-grandchildren. Cody and Caroline Almquist, Summer and Sienna Hitchcock, John and Brooks Hitchcock and Valentina Anderson. He is also survived by many nieces and nephews. Mr. Kersey was predeceased by his sister, Margaret Bupp, and four brothers, Vernon, Edgar, Vincent, and Clinton Kersey. The funeral service will be held at Rocky River Baptist Church on Saturday, December 17th at 11am. Visitation will be immediately following the service in the Church Fellowship Hall. Memorial contributions may be made to Rocky River Baptist Church-4436 Snow Camp Rd., Siler City, NC 27344, Hampton Baptist Church-40 Kings Way, Hampton, VA 23669, or to Beacon Place, 2502 Summit Ave., Greensboro, NC 27405. Smith & Buckner Funeral Home is assisting the family. Online condolences may be made at www.pughfuneralhome.com.
To order memorial trees or send flowers to the family in memory of John Edgar Kersey, Jr., please visit our flower store.