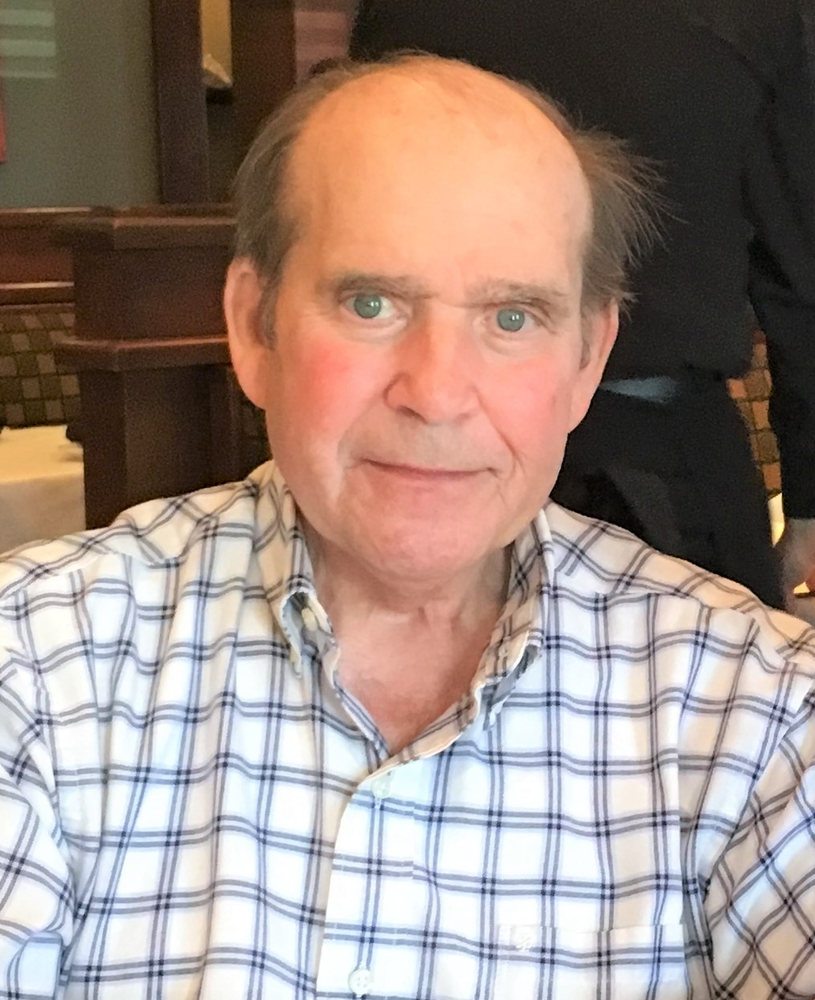 James (Jim) G. Stinson passed away peacefully after a three year battle with lung cancer on June 9th, 2019 at home. He was born on the 24th of December 1943 to Thomas & Ella (Brooks) Stinson in Goldston, NC and was raised in Bear Creek, NC with his older brother Marlin and younger sister Judy.As a child he attended Bear Creek Baptist Church with his family and cherished the friendships he made. Later in life he was a regular attender with his wife and daughter at First Baptist Cary, and in 1994 they started attending Westwood Baptist in Cary and became members in 2003. Church and his belief in the Lord was always a guiding light in his life.

Jim graduated from Chatham Central in 1962, was drafted into the Army and served in the Vietnam war from 1965 to 1967. After returning home he went to college and graduated from Sanford Business Community College in 1970. On the 26th of September 1970 he married Beverly Howard and moved to Cary NC. In 1974, Jim and Beverly had their daughter Jennifer. He retired in 2009 from Colorcraft/Qualex, IBM as a DBA, Senior Systems Programer.

In his free time, Jim loved to garden, and took great pride in how well his tomato plants did. He also enjoyed shore line fishing and always talked about buying a boat and spending time on the water. Jim cherished the times he spent traveling with Beverly and his family, whether it was a trip to the mountains or to the beach never mattered as long as family was close by. He also loved to listen to classic gospel or country music, and watched Hop-Along Cassidy and John Wayne movies. Jim always had a mind for puzzles and enjoyed working the weekly crossword and sudoko puzzles he found in the paper.

He was a loving husband to Beverly (Howard) Stinson for 48 years, and father to Jennifer (Stinson) McKinney & husband Matthew and grandfather to Sophia & Kaytlen McKinney. Jim was a true family man and no matter what, he stood by them with a loving smile and support. His love never failed, it never gave up and he always believed the best. Even though family didn't always live close by they always knew he was only a phone call away and would be there for them if needed.

He will be remembered and sorely missed by his family and friends.

The family would like to thank Dr. Mollin, Wake Internal Medicine, Dr. Sherrod, Rex Hematology Oncology & Associates along with all the staff and nurses at Transitions Life Care.

Smith & Buckner Funeral Home of Siler City will be assisting with all flower arrangements, and can be contacted by phone (919)742-2151 or go to www.pughfuneralhome.com

To order memorial trees or send flowers to the family in memory of James Gilmer Stinson, please visit our flower store.