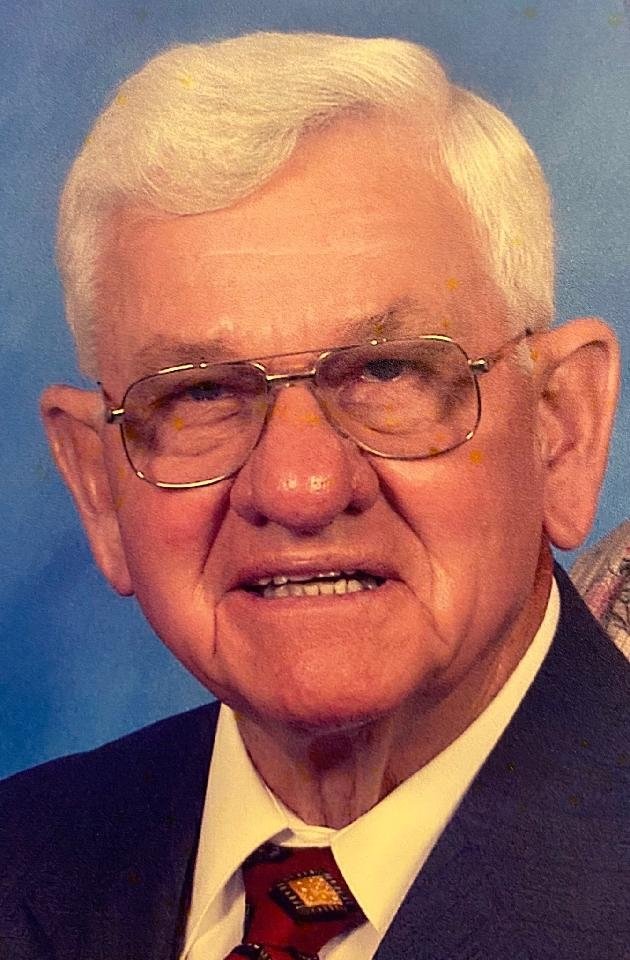 Howard Junior Kidd, age 94, of Siler City died Thursday, June 25, 2020 at the VA Medical Center, Durham. Mr. Kidd was born August 7, 1925 in Moore County, NC the son of Eli Lawson and Grace Hussey Kidd. He was preceded in death by his parents; his wife of 70 years: Edna Burke Kidd; and brothers: James, Gyles, and Jack Kidd. He served in the Army during World War II at the Battle of the Bulge where he received the American Theater Ribbon, the Good Conduct Metal, the Victory Medal World War II, and the European-African-Middle Eastern Theatre Ribbon with 3 Bronze Battle Stars. Howard was retired from General Creosote and for 20 plus years he was a chicken farmer. He was a member of Hickory Mountain Baptist Church where he was a deacon and a member of the Senior Adult Sunday School Class. He enjoyed socializing at Bojangles, cheering for his Carolina Tar Heels and New York Yankees. He has read through the entire Bible twice, and he loved to listen to gospel music. He loved his grandchildren, great grandchildren and great great-grandchildren. He is survived by sons: Billy Kidd and wife, Sherry and Jerry Kidd and wife, Linda all of Siler City; sister-in-law: Helen Kidd of Siler City; grandchildren: Rob Kidd and wife, Beth, Kelly Eldridge and husband, John, Heidi Faucette and husband, Travis, Nicholas Kidd and wife, Suzanna, Michael Boone and wife, Angela and Mitchell Boone and wife Emily; 11 great grandchildren and 2 great great-grandchildren. Family and friends may call Saturday, June 27, 2020, from 1:00-5:00 pm at Smith & Buckner Funeral Home. Due to Covid-19 a private graveside service will be held Sunday, June 28, 2020 at 2:00 pm at Hickory Mountain Baptist Church Cemetery, 1094 Mt. Vernon Hickory Mountain Road, Siler City with Rev. Casey Rayfield officiating. In lieu of flowers memorials may be made to the Hickory Mountain Baptist Church Cemetery Fund.
To order memorial trees or send flowers to the family in memory of Howard Junior Kidd, please visit our flower store.