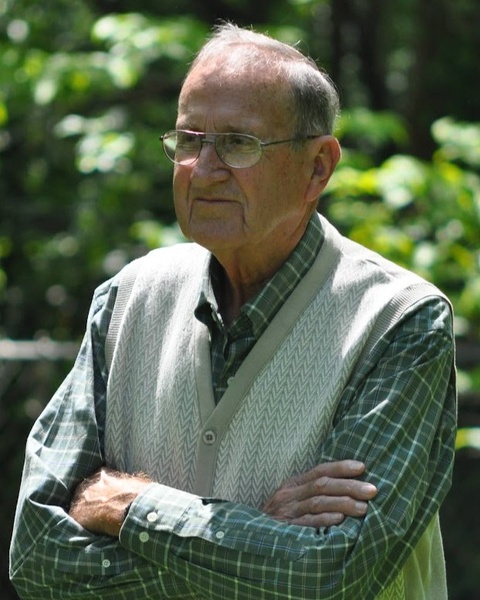 Howard was born in Chatham County on November 30, 1929 to Herbert and Laudis Brooks.  He was a devoted son, husband, father and grandfather.

He married the love of his life, Faye Willett Brooks on November 6, 1954 in a double wedding ceremony, along with Charles and Maye Cheek, who was Faye’s twin sister.

In addition to his parents, Howard is preceded in death by his wife, Faye Willett Brooks; brothers Lyndon Brooks and Everett Brooks; sisters Mrs. Johnsie Elmore, Mrs. Mattie Lewis Beal, Mrs. Bertha Dowd, and Mrs. Martha Moffitt.  Howard is survived by his sister Mrs. Mary Gunter of Siler City, son Ronald Brooks and wife Cyndi of Greensboro, and grandchildren Amanda Brooks, Dan and Christena Hill , and Trevor Brooks.  He is survived by his brother-in-law Charles Cheek.
Howard was a graduate of Bonlee High School. He was an Army veteran who served his country in Korea.  He worked at Chatham Motors for over 40 years managing the parts department.  He took great care of his wife, Faye, who had dementia for many years.

To order memorial trees or send flowers to the family in memory of Howard Terrell Brooks, please visit our flower store.