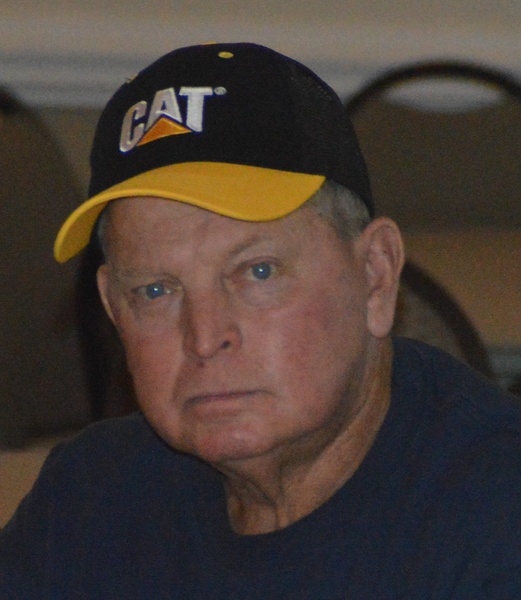 Henry Oscar Davis , 75, of Siler City passed away on Wednesday, May 12, 2021 surrounded by his family at UNC Hospice, Pittsboro. Mr. Davis was born in Chatham County on February 21, 1946 the son of Billy June and Myrtle Brower Davis. Henry was a member of Loves Creek Baptist Church, but attended Piney Grove UMC in his later years. Having a passion for hard work, Henry formed his business, Davis Rigging & Welding in 1977 where he served as Owner/Operator until his retirement in 2015. Henry was also a member of the US National Guard. He would spend his free time at auctions, collecting antique cranes, tractors and attending tractor shows. Henry loved spending any time he could with his grandson, Davis. Henry is preceded in death by his parents and brother, Robert A. Davis. He is survived by his wife of 54 years, Bonnie Walters Davis; daughters, Sonya Davis Wilson of Siler City, and Stacey Davis Rhodes and husband Dustin of Siler City; sister, Brenda Davis Washburn of Smyrna; grandson, Davis Rhodes; and several nieces and nephews. Henry will Lie in Repose on Saturday, May 15, 2021 from 1:00-5:00 PM at Smith & Buckner Funeral Home, 230 North Second Avenue, Siler City, NC. The funeral will be at 3:00 PM on Sunday, May 16, 2021 at Loves Creek Baptist Church, 1745 East 11th Street, Siler City with Rev. Parker Coppock and Rev. Jim Folks officiating. Burial will follow in the church cemetery. Memorials may be made to Donate Life North Carolina, donatelifenc.org, P.O. Box 5536, Cary, NC 27512 or Chatham Animal Rescue and Education, P.O. Box 610, Pittsboro, NC 27312 Smith & Buckner Funeral Home is assisting the Davis family. Online condolences may be made at www.pughfuneralhome.com
To order memorial trees or send flowers to the family in memory of Henry Oscar Davis, please visit our flower store.