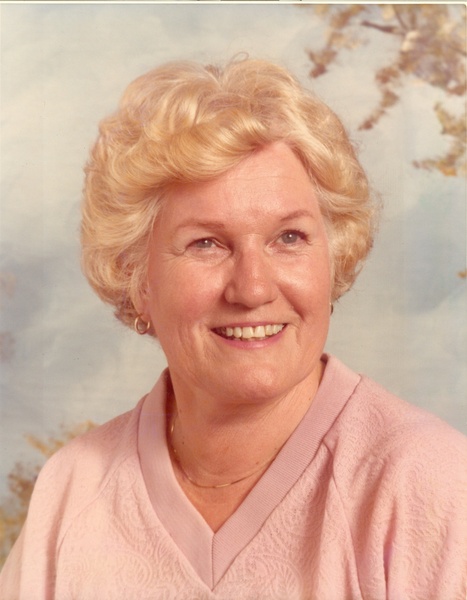 Helen Muns Burns, 90, passed away on Monday, January 30, 2017 at Ashton Place Health & Rehab in McLeansville, NC after several years of declining health. She was the daughter of the late Robert Calhoun Muns and Ila Folds Frazier Muns. She was preceded in death by her parents and her sisters, Myrtis Muns, Robbie Ianuario and Bettie Brunson. She is survived by her four children, Frank Nelson "Skipper" (Anna) Burns of Griffin, GA, Helen Karen (Glenn) McMillion of Blacksburg, VA, Connie Lynn (Jay) Turner of Greensboro, NC and John Paul (Tara) Burns of Graham, NC. She is survived by her nine grandchildren: Andrew McKinley (Leigh) Burns of Buford, GA, Susannah (Stephen) Goodman of Concord, GA, Samara (Bill) Abplanalp of Blacksburg, VA, Clinton Bryce (Elizabeth) Richardson of Durham, NC, Kirsten Kimberly Richardson, Mollie Elizabeth Turner, Ashley Anne Turner all in Greensboro, NC, Taylor Paul Burns, and Hannah Megan (Tyler) Ross of Graham, NC. She is also survived by five great-grandchildren: LauraBeth and Harrison Burns, Mason Goodman, Addison Abplanalp and Adalynn Ross. Helen was born in Old Ellenton, SC, where she was Valedictorian of the 1944 graduating class from Ellenton High School. Her town was absorbed by the Savannah River Plant and she relocated to North Augusta, SC, later married and became a mom living in the small community of Belvedere, SC. There she would raise her four children, become Woman of the Year in her women's club, be her children's chauffer and their biggest cheerleader at sporting events, plays and school events. Helen returned to Siler City in the late- 70's and went to work in the Chatham County School System. She retired from it in 1996 after 18 years as a Teacher's Assistant. It was a job she loved very much. She had a lifelong love of singing in the church choir wherever she was living. Most recently, she enjoyed many years of singing at the Siler City First Methodist Church and was a member of the Joyner-Brewer Sunday School Class. She was also a former member of the local garden club in Siler City which she also enjoyed. A celebration of her life will be held at 2:00 p.m. on Friday, February 3rd at the Siler City First United Methodist Church, 1101 West Raleigh Street, Siler City, NC. In lieu of flowers, memorials can be made to Hospice & Palliative Care of Greensboro, 2500 Summit Avenue, Greensboro, NC 27405. The family would like to especially thank the staff at Ashton Place and the staff with Hospice of Greensboro for the loving care they have shown over the last six years. The family will receive friends immediately following the service. Smith & Buckner Funeral Home is assisting the family. Online condolences may be made at www.pughfuneralhome.com.
To order memorial trees or send flowers to the family in memory of Helen Muns Burns, please visit our flower store.