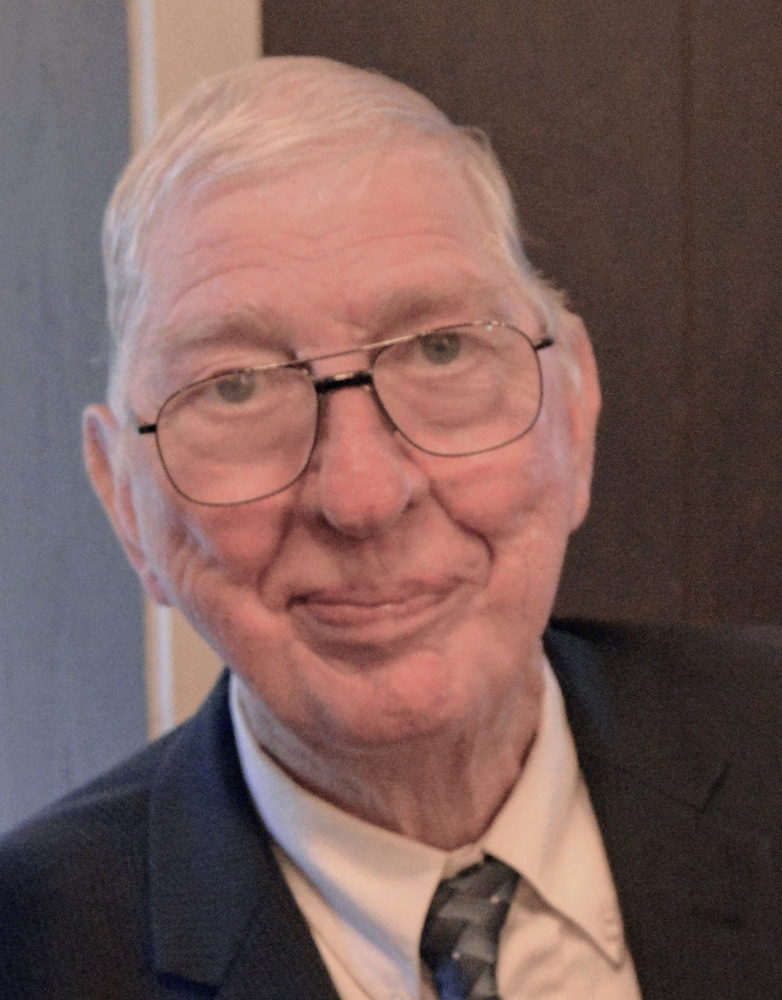 On June 2nd, Harold Stinson Marsh, 85, joined our Lord in His heavenly home. What a celebration it must have been! Harold was born June 6, 1935 in Siler City to Roland Hayes Marsh and Janie Estelle Stinson Marsh. He was the second of eight children. After high school, he served his country in the Navy and then attended NC State University. Though he and his father founded Marsh Auto Parts, Harold's chosen career was an electrical engineer at IBM in RTP. The absolute most important thing in his life was his relationship with Jesus Christ and sharing the good news of salvation with anyone and everyone. His next priority was his family. Married 56 years to Judy Pritchard Marsh, they have 3 children together: Emily Marsh Henderson (& Tim), Laura Marsh Clapp (& Al) all of Siler City and Paul Harold Marsh (& Cari) of Kernersville. Harold also leaves step-daughter Cathy Smith Judge (& Fred) of Siler City. He will also be sorely missed by his grandchildren Jonathan Marsh (& Angel), Sharyn Guthrie (& Josh), Jennifer Henderson, Aiden Henderson, Ivey C Morgan (& Tanner), Carson Clapp, Caroline Clapp, Julianne Marsh, Eliza Marsh, Nolan Marsh, Chris Bowling (& Diana) and Dianna Mangum (& David) as well as 12 great-grandchildren and a multitude of nephews and nieces. Harold 's surviving siblings are Dalton (& Marie) Marsh, Charles Marsh, Edd (& Gaylene) Marsh, Anna (& Tommy) Emerson, Ruth (& Tony) DiCroce and Becky Pollok. He is also survived by his brother-in-law Don Ludington. Along with his parents, he was preceded in death by his sister Jean Ludington, sister-in-law Linda Marsh and brother-in-law Dave Pollok. Visitation will be Saturday evening from 6pm to 8pm at Smith & Buckner Funeral Home. The funeral will be on Sunday, June 6th at 2 pm at Loves Creek Baptist Church in Siler City. In lieu of flowers, the family asks that you consider a contribution in Harold's memory to either Loves Creek Baptist Church at 1745 E Eleventh St., Siler City, NC 27344 or UNC Hospice Home at 100 Roundtree Way, Pittsboro, NC 27312. Smith & Buckner is assisting the Marsh family. Online condolences may be made at www.pughfuneralhome.com
To order memorial trees or send flowers to the family in memory of Harold Stinson Marsh, please visit our flower store.