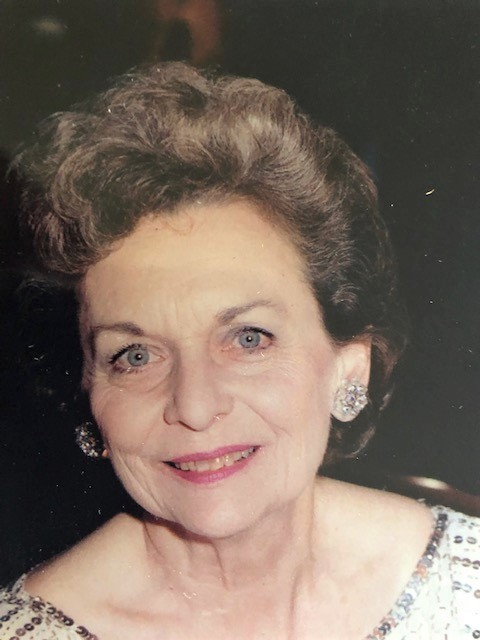 Born on January 13, 1922 in Matthews, SC, she was the daughter of Theodore Leroy Smith and Thelma Ross Smith. Gladys grew up in Siler City, NC., graduated from Women's College (UNC Greensboro) with a B.S.S.A. and M. ED degree. She began her career as a corporate bookkeeper and later taught business courses at Jordan Matthews High School in Siler City. After moving to Charlotte in 1963, she was head of the business department and taught at South Mecklenburg High School.

Gladys spent many happy times at their mountain home in Hound Ears playing golf, bridge, reading, and painting. At Southminster, she served as treasurer and was one of the founders of the Olde Masters Art Class. She also served as a volunteer in the health care center and was chairwoman of the Newcomer's Club.

The family would like to give special thanks to Gladys' caregivers, particularly Robin McCorkle and her mother, Jackie McMullen, who contributed to the length and quality of her life. The McCorkles were like family to Gladys and she was so thankful for their love and care. A special thanks also goes to the many Hospice caregivers, especially Dandy, Jacquelyn, Jen, Stephanie and Lesley.

A Memorial service will be held at 11:00 AM on Saturday, July 27, 2019 at Smith and Buckner Funeral Home in Siler City, NC (which Gladys' father co-founded). Memorials may be made to Hospice and Palliative Care, Charlotte Region, 7845 Little Avenue, Charlotte, NC. 28226 or First United Methodist Church, 1101 West Raleigh Street, Siler City, NC 27344. Onlince condolences may be made at www.pughfuneralhome.com.

To order memorial trees or send flowers to the family in memory of Gladys Smith Brewer, please visit our flower store.