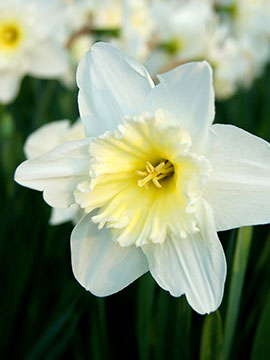 Frances Stuart Fields, 87, of Siler City died Thursday, June 2, 2016 at Coventry House Of Siler City. Mrs. Fields was born in Randolph County on October 8, 1928, the daughter of Ralph W. and Mattie (Langley) Stuart. She was retired from A. J. Schnierson's and Sons, and was a member of the First Baptist Church and the Esther Sunday School Class. Frances was preceded in death by her parents, husband, Jerry Fields, son, Chris Fields, sister, Irene Wallace and a brother, John Stuart. She was a very socialable person, who enjoyed spending time with her family and traveling. She is survived by one son: Stuart Fields and wife, Beverly of Siler City, NC; granddaughters, Amy Gray and husband, Matthew of Bonlee, NC; Ashley Fields and husband, Jeff of Siler City, NC; two great-grandchildren Molly Ann Gray and James Robert Gray, daughtter-in-law, Marsha Fields. A memorial mservice will be held on Thursday, June 9, 2016 at 7:00 PM at Smith & Buckner Funeral Home, 230 North Second Avenue, Siler City with Rev. Rob Roberts officiating. In lieu of flowers memorial donations may be made to a donor's choice. Smith & Buckner Funeral Home is assisting the Fields Family. Online condolences may be made at www.pughfuneralhome.com.
To order memorial trees or send flowers to the family in memory of Frances Stuart Fields, please visit our flower store.