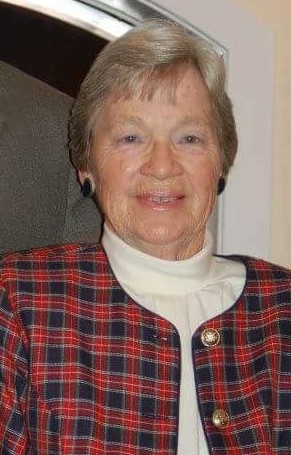 Delette Teague Moody, 78, of Siler City went to her heavenly home on Saturday, February 20, 2021 at Hospice Home in Asheboro, NC. Mrs. Moody was born in Chatham County on March 7, 1942. She was the 2nd born daughter to Newby and Gladys Teague. Delette was raised and resided in the Crutchfield Crossroads Community, here she was a 1960 graduate of Silk Hope High School. While there, she participated in several clubs and was a superstar on the basketball court. She was known for her over headed jump shot. On December 22, 1962, she married Kenneth E. Moody. They were married for 55 years before his death in November 2018. Delette has been a faithful member of Rocky River Baptist Church her whole life. She taught Sunday School for many years and enjoyed singing in the adult choir. Delette worked at Southern States until her retirement in 2004. She made many friends while working there, some she has kept for a long time. She enjoyed watching her grandchildren at their sporting events, she never missed a game. After retirement, she enjoyed cooking and sharing her 'goodies' with others. Delette never met a stranger and always had a smile on her face. She is survived by her son; Kenneth "Kenny" Moody and wife Kelley, daughter; Angie Moody Switzer and husband Scotty, all of Siler City, grandchildren; Spencer Moody and wife Adrienne, Matthew Moody, Chance Burke and Emma Burke, all of Siler City, step-grandchildren; Scotty, Jacob and Leah Switzer, step-great grandchildren; Chelsie and Ashton Hardister, sisters; Marie Johnson and husband Marion, Brenda Fuquay and husband Charles, both of Siler City, and several nieces and nephews. The family is so grateful and has been blessed by the love and support of Lavonda Farrar, Diane York, Sharon Brewer, Leslie Davis and Amy Black. They also would like to thank the Hospice of Randolph for making the last few weeks of Delette's life memorable. Her heavenly angels, Cindy Stanley and Amanda Brigman will forever hold a special place in our hearts. Mrs. Moody will Lie in Repose on Tuesday, February 23, 2021 from 1:00-5:00 PM at Smith & Buckner Funeral Home, 230 North Second Ave. Funeral services will be held at 3:00 PM on Wednesday, February 24, 2021 at Rocky River Baptist Church, 4436 Siler City-Snow Camp Rd. The service will take place under the covered entryway of the fellowship building. You will be able to listen to the service on your car radio at 87.9 FM or you can bring a lawn chair to sit in the parking lot. After the service, there will be a graveside committal followed by a visitation with the family. At other times, the family will receive friends at the family home. Donations may be made to the Rocky River Baptist Church, or Hospice of Randolph, 416 Vision Dr., Asheboro, NC 27203, www.hospiceofrandolph.org. Smith & Buckner funeral home is assisting the Moody family. Online condolences may be made at www.pughfuneralhome.com
To order memorial trees or send flowers to the family in memory of Delette Teague Moody, please visit our flower store.