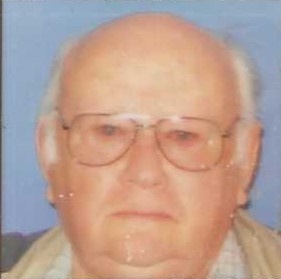 Clinton Arthur Pearce, 89, of Siler City passed away on Friday, August 5, 2022, surrounded by his family at his home.

Mr. Pearce was born in Chatham County on January 10, 1933, the son of George and Sophronia Brower Pearce.

Clinton was a proud United States Army Veteran. He was a member of West End United Methodist Church, and loved his church and church family. Clinton enjoyed doing little projects, keeping bees, and piddling around. He held his family near to his heart and loved getting to spend time with his grandchildren. In addition to his parents, he is preceded in death by his wife, Shirley A. Pearce; grandson, Joshua; brothers, George, Neal, Frank, and Dan Pearce; and sister, Sue Phillips.

He is survived by his daughter, Sandra Pearce of Siler City; son, Ronald D. Pearce and wife Becky of Greensboro; grandchildren, Nicholas and wife Erin, Ryan, and Holly Pearce; and great grandchildren, Caroline and Taylor.

A memorial graveside service will be held at 10:00 AM on Saturday, August 13, 2022 at Oakwood Cemetery, Siler City.

In lieu of flowers, memorials may be made to the West End United Methodist Church, PO Box 1017, Siler City, NC 27344.

To order memorial trees or send flowers to the family in memory of Clinton Arthur Pearce, please visit our flower store.