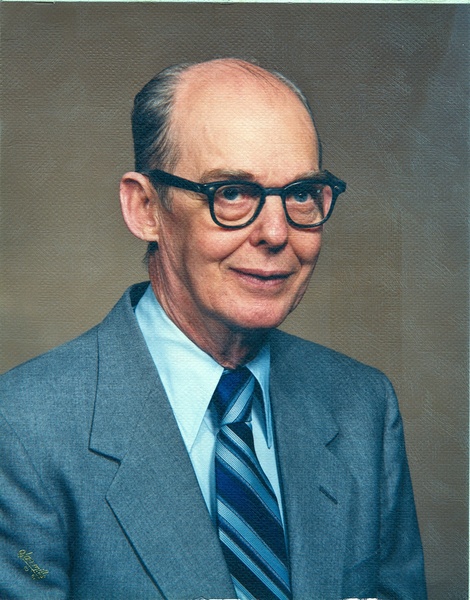 Charles Harden Stinson was called home to the Lord on Tuesday, March 15, 2016 at Brookstone Terrace Assisted Living in Clemmons, NC, where Mr. Stinson and his wife have resided since 2014. Mr. Stinson was born August 3, 1921, in Goldston, NC, to the late Cary Austin Stinson and Lydia Gaines Stinson. He graduated Goldston High School in 1941. Mr. Stinson entered the US Army November 30, 1942, earning a Purple Heart fighting in the Battle of the Bulge, December 28, 1944. Having risen to the rank of Staff Sergeant, he was honorably discharged in March 1946. He returned to Chatham County, where he worked for Belk Department Store in Siler City. There he met his wife, Lillian Andrews. They married on August 15, 1947 at Goldston Methodist Church. Mr. and Mrs. Stinson joined her parents on the family farm in Bear Creek in 1954 and there raised a son, Charles Stephen Stinson, practicing palliative medicine in Winston-Salem, NC. He passed on a legacy of love for all things UNC, especially Tarheel basketball. A member and deacon of Bear Creek Baptist Church, Mr. Stinson taught the Adult Men's Sunday School class for many years. He is survived by his wife of 68 years, Lillian, son, Steve, daughter-in-law, Amy, and three grandchildren: Kathryn Margaret, Samuel Andrew and Emma Grace Sloop. Mr. Stinson was preceded in death by eight siblings: Estelle (Marsh), Glenn, Pauline (Wicker), Fannie (Hamer), Horace, Tom, Oppie (Couch) and Lula (Welch). The family will receive friends Saturday, March 19 from 1-2pm in the sanctuary of Bear Creek Baptist Church. Funeral and graveside service will follow at 2pm. Memorials may be made to Bear Creek Baptist Church, 480 Bonlee-Carbonton Road, Bear Creek, NC 27207, or to Hospice and Palliative Care Center, 101 Hospice Lane, Winston-Salem, NC 27103, or to a charity of choice. Smith & Buckner Funeral Home is assisting the family. Online condolences may be made at www.pughfuneralhome.com.
To order memorial trees or send flowers to the family in memory of Charles Harden Stinson, please visit our flower store.