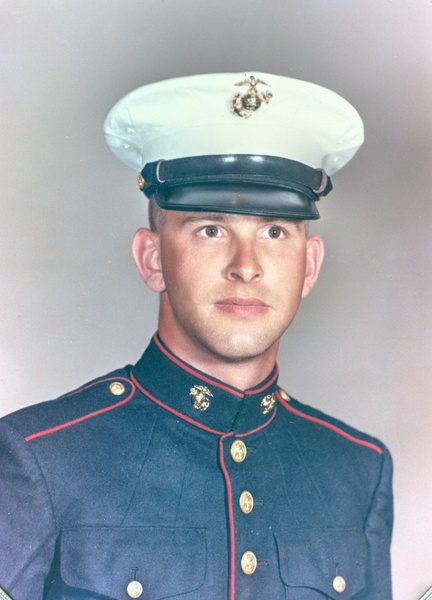 Cecil Thomas Weaver, 76, of 422 Pine Lake Drive, Siler City, passed away Tuesday, May 7, 2019 at Laurels of Chatham in Pittsboro, NC after a courageous battle with cancer. Born July 23, 1942, in Asheboro, NC, he was the son of the late Cecil C. and Rosa Collins Weaver. He was preceded in death by his wife, Diana Angel Weaver. Tommy was a member of First Baptist Church. He grew up in Siler City where he played football and graduated from Jordan-Matthews High School in 1960. He attended Wake Forest College and served in the U.S. Marine Corps Reserves. Banking was Tommy's first career, and he later became a sales representative for 29 years with Bostik, Inc. of Boston, Massachusetts. He won many awards for salesmanship. Tommy enjoyed golf, fishing and watching westerns and sports on television, especially Wake Forest games. Survivors are daughters: Donna Weaver of Siler City, Krista Miller (Jeff) of Lugoff, SC; grandchildren, Michael Thorpe, Mackenzie Miller, Maeve Miller and Joseph Lozada; sister, Judy Morris of Stafford, VA; nephew, the Reverend Jay Morris and his daughter, Elizabeth of Stafford, VA; sister-in-law, Robin Simpson (Tim) of Mayodan, NC and family; cousins, Diane Whitehead, Pat Perry (Pete), Ronnie Collins (Lana), and Randy Collins (Kathy) and their families. Visitation will be at First Baptist Church, 314 North Second Avenue, Friday, May 10, from 10:00 - 11:00 am. At other times, the family will be at 422 Pine Lake Drive, Siler City. Funeral service will be Friday, May 10th at 11:00 am, at the First Baptist Church; the Reverend Jay Morris will be officiating. Burial will follow at Loves Creek Cemetery, 1745 East Eleventh Street, Siler City. In lieu of flowers, memorials may be made to First Baptist Church Capital Fund, 314 North Second Avenue, Siler City, NC 27344. The family would like to thank the staff of Laurels of Chatham and especially, all of his caregivers for their compassionate care. A very special thank you to Greg Evans and the Ladies of the Deli of Piggly Wiggly for all their exceptional attention to Tommy and adding so much joy to his life!
To order memorial trees or send flowers to the family in memory of Cecil Thomas Weaver, please visit our flower store.