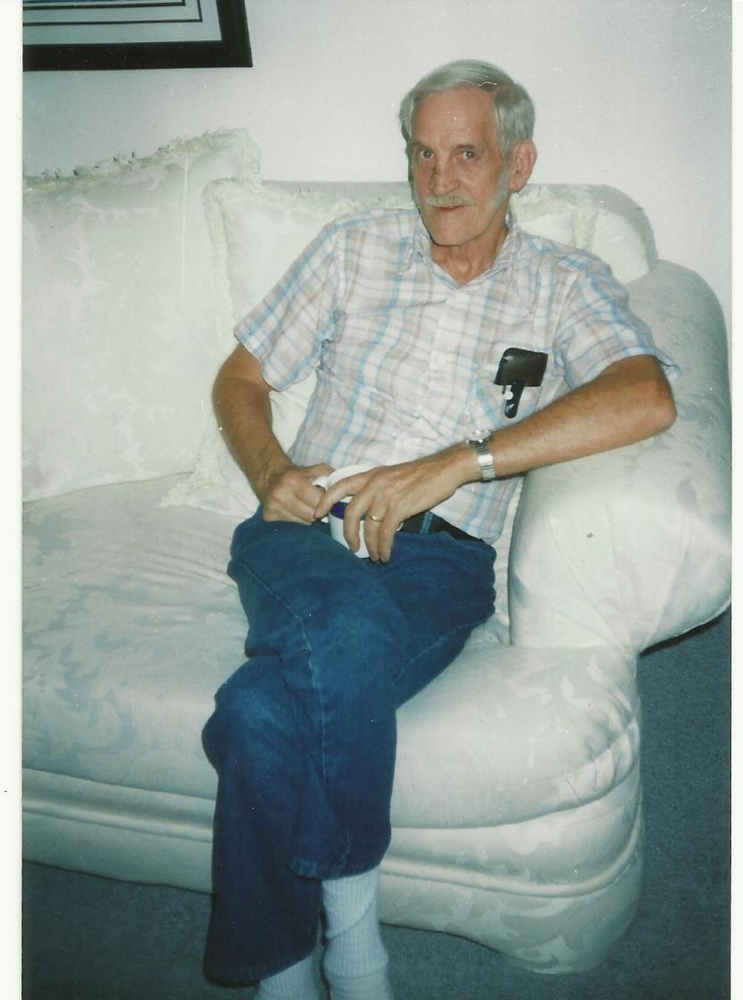 Carl Camp "Yak' Smith, 78, of Siler City went home to be with his Lord and Savior on Tuesday, April 26, 2016 at his home. Mr. Smith was born in Chatham County on June 30, 1937 the son of Vance and Alice (Quakenbush) Smith. He was a member of Mount Vernon United Methodist Church and retired from Hadley Peoples Manufacturing after more than 30 years of service as a fixer and maintenance worker. He had also worked for more than 12 years in maintenance with UNC. Yak enjoyed playing poker, doing yard work and tinkering with tractors. He was preceded in death by his parents and a brother, Jack Smith. He is survived by his wife of 56 years: Ruth (Johnson) Smith; daughter: Linda S. Montgomery and husband, Andrew of Asheboro; son, Carl Vance Smith and wife, Teresa of Siler City; grandchildren, David Smith, Penny and Anna Caviness; great-grandchildren, Sarah Whiteside, Bladen Skeen, Ivy Cagle, Thomas Hancock and Natalieah Skeen; sister, Bobbie Lucas of Siler City. The family will receive friends Saturday, April 30, 2016 from 2:00 – 6:00 PM at the family home, 2501 Mt Vernon-Hickory Mountain Road, Siler City. A private graveside service will be held at a later date, In lieu of flowers memorials may be made to Mt Vernon United Methodist Church, 3631 Mount Vernon-Huckory Mountain Road, Siler City, NC 27344. Smith & Buckner Funeral Home is assisting the family. Online condolences may be made at www.pughfuneralhome.com.
To order memorial trees or send flowers to the family in memory of Carl Camp "Yak" Smith, please visit our flower store.