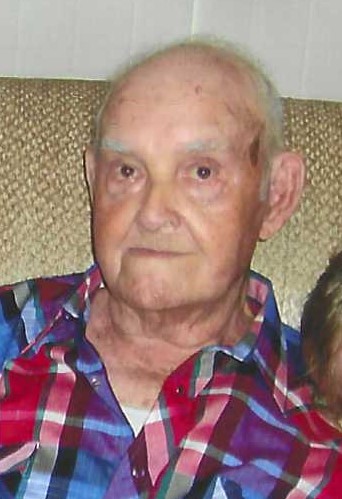 Mr. Overman was born in Randolph County on March 23, 1929, the son of John and Myrtle Hackney Overman.

Leon faithfully read his bible and held close to his Baptist beliefs.  He spent his working years as a truck driver for Chatham Feeds, and farming in his spare time. He was an avid outdoorsman, who spent countless hours gardening and shared what he grew with his family. Leon loved going fishing, which usually ended in a fish fry on Saturday with his friends. Leon was well known in the community for preparing a hog to make sausage, ham and tenderloin. He was always there to help people. Leon adored his family and cherished the time he got to spend with his grandchildren and great grandchildren. In addition to his parents, Leon is preceded in death by his wife of 52 years, Betty Overman; brothers, Dean, Arnold, Tate, and Houston Overman; and sister, Mary Alice Williamson.

In lieu of flowers, memorials may be made to Hickory Mountain Baptist Church.

To order memorial trees or send flowers to the family in memory of Calvin Leon Overman, please visit our flower store.