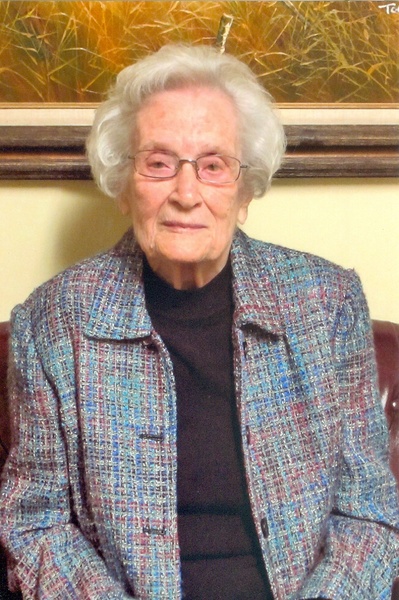 Bertha Marion Brooks Dowd, 91, a resident of Pittsboro Christian Village, Pittsboro, NC, went to be with her Lord and Savior, Jesus Christ on September 13, 2018. Bertha, born on October 24, 1926 in Chatham County, was the 5th child of Herbert and Laudis Brooks. She was a 1944 graduate of Bonlee High School and married Thomas Alton Dowd, Jr. on March 17, 1944. Thomas and Bertha established their home in Siler City, living there for 65 years until Thomas' death in 2009. Bertha moved from her home in Siler City to the Pittsboro Christian Village in 2013.

Bertha worked in several areas of employment during her lifetime, the last being the manager of the Fabric Center in Siler City. She had been a member of the Siler City Chapel and Fellowship Baptist Church, and enjoyed attending their ladies missionary and Bible study meetings. She had also been a member of the Auxiliary of The Gideons International. She sewed beautiful quilts, loved to cook, and to garden. She encouraged others through her generous and giving spirit.

In addition to her parents and husband, Bertha was preceded in death by two brothers, Lyndon Brooks and Everett Brooks, and three sisters, Johnsie Elmore, Mattie Beal, and Martha Moffitt. She is survived by two daughters: Marion Alderman (and husband, Steve) of Winston- Salem, and Rhonda Millar (and husband, Bill) of Archdale; one son, Steve Dowd (and wife, Exie) of Silk Hope; one sister: Mary Kate Gunter of Chatham County; one brother: Howard Brooks of Chatham County; six grandchildren, one step-grandson, seventeen great and great-great-grandchildren and several nieces and nephews.

A memorial service, conducted by Pastors Jason Golden and Robert Griffith, will be held at the Fellowship Baptist Church in Siler City on Tuesday, September 18, 2018 at 11:00 AM. Interment will follow at the Chatham Memorial Park..

It is suggested that memorials be sent to Pittsboro Christian Village, 1825 East Street, Pittsboro, NC 27312. Smith & Buckner Funeral Home is assisting the family. Online condolences may be made at www.pughfuneralhome.com..

To order memorial trees or send flowers to the family in memory of Bertha Marion Brooks Dowd, please visit our flower store.