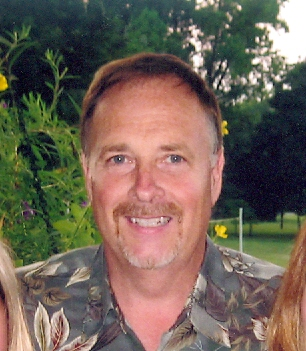 Mr. Newlin was born November 11, 1950 in Siler City, the son of the late Alfred Cyrus and Sarah Janell Moody Newlin. Barry was employed as a general contractor for most of his life. Later on, he became the owner of Newlin Construction, LLC. He had a strong love for the Lord, claiming to be a wealthy man from all the love surrounding his life. His pride and joy were his children and grandchildren, followed closely by his family and friends. He was never without a story to tell. He found great joy in dancing, which brought him many of the closest friends he has today. He is survived by daughters: Kelly Newlin Martin and husband, Brian, Claire Newlin McDowell and husband, Cody, and Angelina Esposito and husband, Jake of Conway, SC, sons: Daniel Dean Newlin and wife, Dayna York of Cary, and Matthew Antonicello, of Greensboro, sister: Cynthia Newlin Bari of Montclair, NJ and brothers: Gerald Newlin of Siler City and William Newlin of Burlington, his lady friend, Frances Antonicello of Pleasant Garden, grandsons, Levi and Isaac Martin; grandson, Neill McDowell; granddaughter, Mila Rose Esposito. The family will receive friends Tuesday, June 23, 2020 from 6:00 - 8:00 PM at Smith & Buckner Funeral Home, 230 North Second Avenue, Siler City, NC. The funeral will be Wednesday at 2:00 PM at Center United Methodist Church, 9204 Center Church Road, Snow Camp with Pastor Michael Barrett officiating. Smith & Buckner Funeral Home will be handling arrangements. Online condolences may be made at www.pughfuneralhome.com. In lieu of flowers memorial may be made to Samaritans Purse, Hand of Hope, www.joycemyer.org or to Charles Stanley, www.intouch.org.
To order memorial trees or send flowers to the family in memory of Barry Dean Newlin, please visit our flower store.